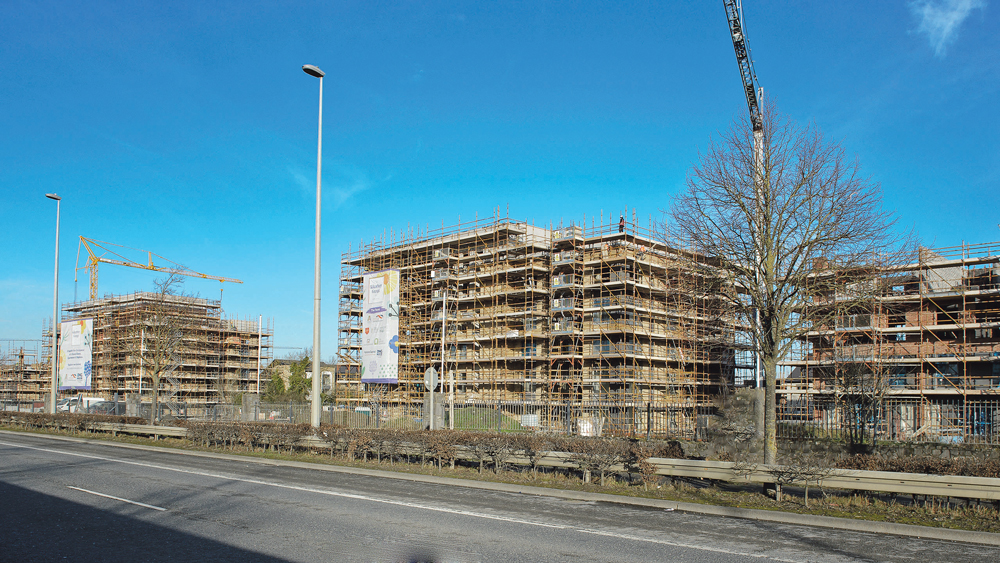 Work continues at the Kilcarbery site this week

WORK continues at the council’s joint venture development of 1,034 homes at Kilcarbery in Clondalkin but the Department of Education are not proceeding with a school on the site, in a move that has disappointed local representatives.

The site where the school would have been located is now earmarked for 80 homes.

Mr Ward said the council reserved the site for the Dept, but following “repeated engagement”, were told the site was “not needed”, due to plans to expand existing schools locally.

In a report to members on Monday, Mr Ward said: “If that is the case, we are looking at feasibility for up to 80 additional affordable purchase homes, probably to be delivered around 2024.”

Clondalkin Cllr William Carey (SF) was aghast at the omission of a school from the plans.

“One of the big points for this development was that there was to be a school included, and I found it very disappointing to be informed at the last meeting that the school has now been omitted,” he said.

“Facilities needed in this part of Clondalkin are vitally important for how this corner of Clondalkin is developing. We are facing 1,300 units being developed between Corkagh Park and the Nangor Road. If we take that we expect to be providing another 50/60 houses across the street at Oldcastle, we are heading towards 1,400 houses.”

Cllr Carey said: “I can’t accept the Dept’s assertation that a school is not required in this area. Sruleen school caters for a much wider area, because children are having to travel into this area to take up a school place where they can. It is concerning going forward.” 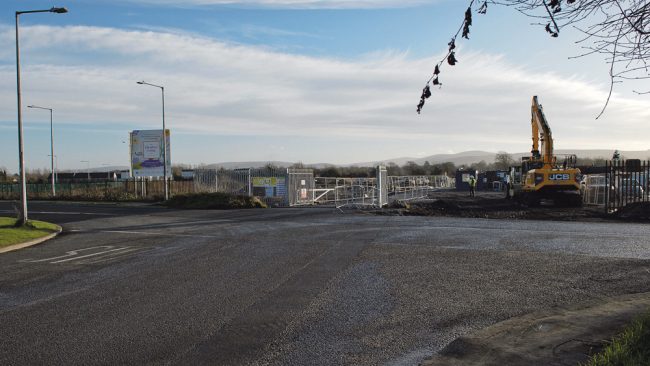 Work continues at the Kilcarbery site this week

As with Cllr Madeleine Johansson (PBP), he lamented the fact Kilcarbery is only 30 per cent social housing – both members felt the council owned site should have aimed to deliver more social housing.

Cllr Mahon said: “I agree with Cllr Carey’s points, but if there is land, and if the school is proven to be unnecessary, I think the 80 units should be local authority units. We still, as far as I am aware, don’t have a clear outline of what affordable housing is.”

Mayor Peter Kavanagh said councillors entered the Kilcarbery plans years ago in “good faith” and blasted the Dept for “shifting the goalposts”.

“It is unfortunate because it further erodes public trust, but I would like to commend the council for immediately seizing the bull, by the horns and looking at the best application for this land.”

In a report this week, the council say approximately 250 homes are currently under construction with the first social homes (112 units) due for completion in the second quarter of 2022.

Up to 74 cost rental homes are also due for completion in the middle of the year along with 16 affordable or discounted homes.

The mixed tenure development, on 72.8 acres of council lands at Kilcarbery, includes 310 social housing units or 30 per cent of the development.

At the meeting, Mr Ward said the overall tenure is 35 per cent social housing.

Adwood Ltd (a consortium of Dublin builders Adroit and Maplewood) are developing the site over a four-year period, including social housing units scheduled to be delivered at build rates averaging €166,000 per unit.