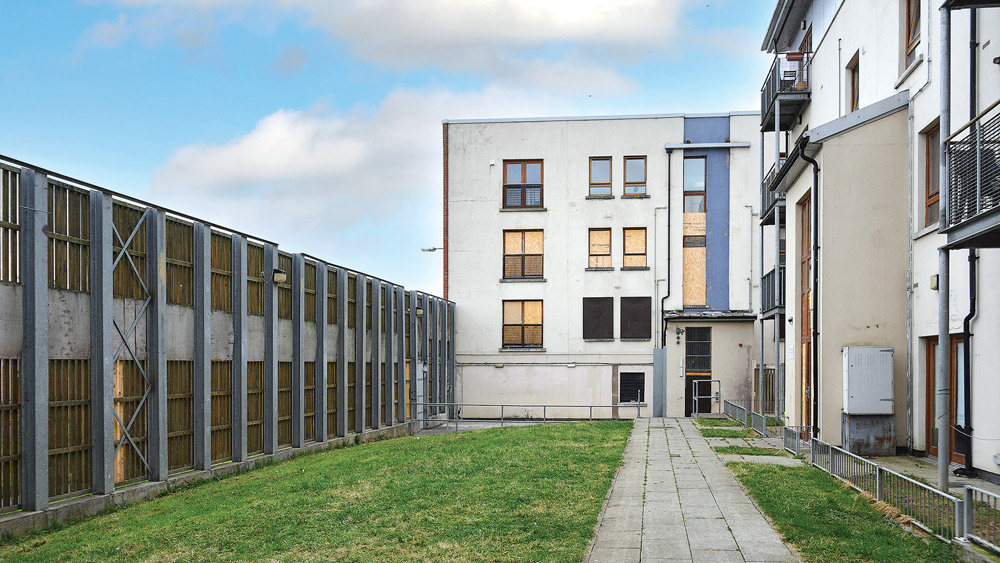 The apartments boarded up in MacUilliam

A RESIDENT in an apartment block in Mac Uilliam Dale in Tallaght has described the living conditions as “uninhabitable”, adding that everyone in the block “wants out”.

The block has had ongoing issues with mould, damp and leaks for several years, with one of the adjacent apartment blocks having been boarded up in recent months and tenants rehoused.

The tenants in the remaining three blocks are still contending with mould and damp issues, according to a local resident and a councillor.

One tenant, who asked to remain unnamed and lives in the block with his partner and their three children, aged seven months, five and 18, told The Echo about his frustration at his living conditions.

“Everyone in this place has had a problem with mould, damp and leaks,” he said. “The whole end block was boarded up and sealed up about three months ago.

“This has been going on for a good few years. There’s leaks coming through the walls and the floors.

“There’s water marks all over the ceilings, the floors and the wood, and the water’s affecting our electrics. There’s cracks in the walls, and it looks like the building’s going to split. 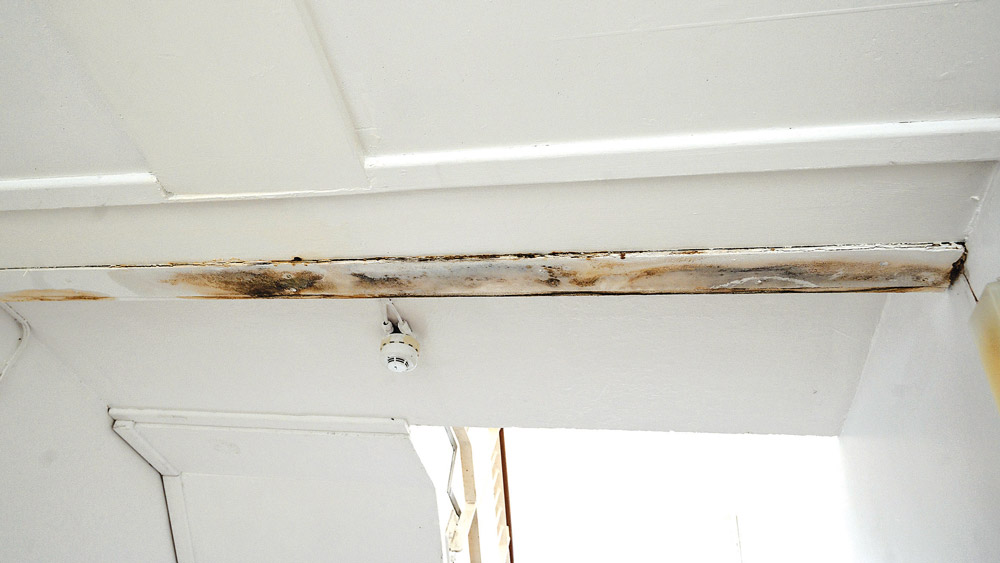 The mould and damp on the ceiling

“It’s been ongoing since I moved in ten years ago, but it seems to be getting worse.”

The blocks are owned by South Dublin County Council but are managed by the Oaklee Housing Trust on their behalf.

“Oaklee don’t care, they’re not doing anything about it,” added the tenant. “I think they’ll have to board up the other blocks.

“And to be honest, I don’t care if they board up this block because at least it will get us out. But it feels like nobody wants to do anything for us.

“There’s still leaks coming in and it’s rotting the wood and the floors have raised up off the ground.

“When you have damp and leaks, mould will always follow – this place will be riddled with mould.

“It’s uninhabitable – everyone in the whole block wants out, no one wants to live here.”

Independent councillor for Tallaght South, Paddy Holohan, previously raised the issue with South Dublin County Council and asked what action would be taken to address the mould and damp issues. 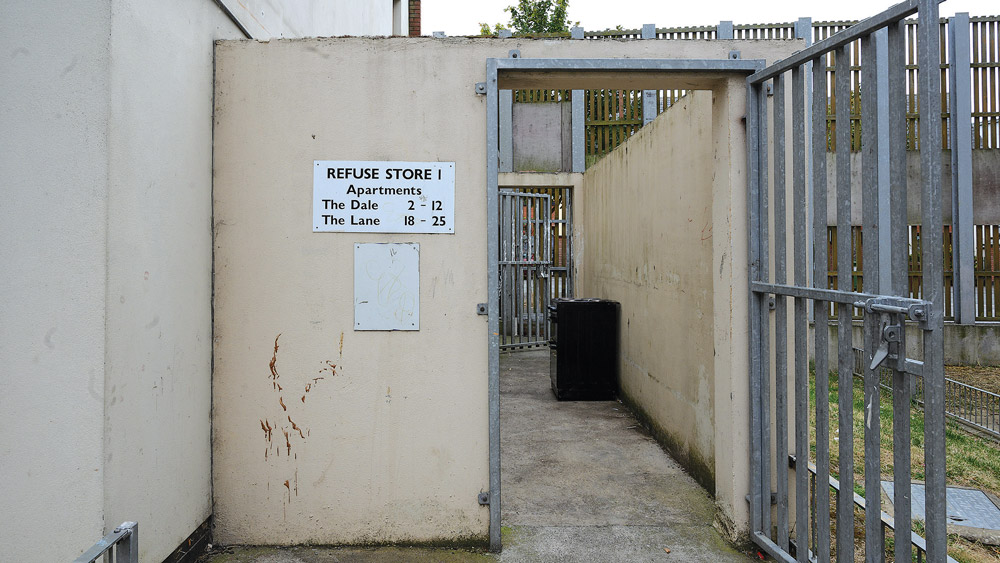 “From investigations, a number of properties were identified with issues relating to poor air circulation which could be resolved with the installation of mechanical ventilation,” stated the council last June.

“A trial was carried out on a number of properties throughout the county including within Mac Uilliam estate.

“The findings of the trial have been very good, with positive feedback from the tenants. Additional properties are being identified for similar measures to be implemented.”

Speaking to The Echo last week, Cllr Holohan said one of the residential units in that section of Mac Uilliam was “a disgrace” and he wanted to see someone take responsibility for issues in the blocks.

“One of the apartments was a disgrace, no one should’ve been living there – the walls were black,” Cllr Holohan said.

“There was a whole block up there [that has since been vacated and boarded up] that was in a bad way, the fire safety wasn’t adequate, the electricity box had been set on fire.

“I went into a good few of the apartments up there, and every one of them has issues with mould and damp.

“There’s one of the apartments where the bins for the block are lined up against a bedroom window, so in the summer they can’t open the window.

“These people do not deserve to be living in these conditions. It’s unfair and unjust.”

When asked about what he hopes will happen with the apartment blocks, Cllr Holohan said: “I’d like to see someone take responsibility for them.

“We need to honour the fact that these apartments have been built there, there are people living in them and they’re having these problems.”

A spokeswoman for the Oaklee Housing Trust told The Echo: “Oaklee Housing is working with South Dublin County Council on a programme of remediation works for the properties we manage within the Mac Uilliam estate.

“We are in communication with our tenants in relation to both this as well as our programme of planned maintenance works.

“Once the remediation works to the vacant block are complete nominations will be sought from South Dublin County Council for its re-tenanting.”

South Dublin County Council was also contacted for comment, but a response wasn’t received at the time of going to print.