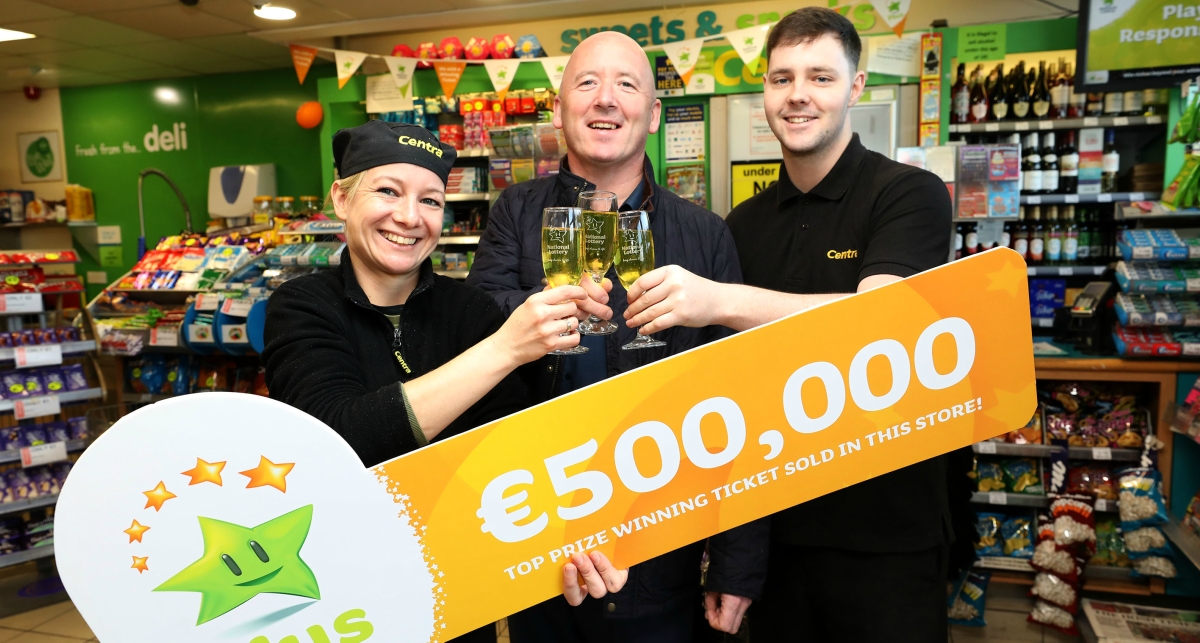 STAFF in Centra on Ballyfermot Road were celebrating this week, when they heard they sold a winning €500k Euromillions ticket to a local man.

The unknown Ballyfermot man picked up a cool €500,000 on Thursday after he lucked out at the Euromillions Plus Prize draw.

The amateur photographer sat patiently on the news of his win for three weeks before collecting his cheque yesterday.

Speaking from the winner’s room at the National Lottery HQ on Abbey Street with his wife and brother, the man said he was “surprisingly calm” when he found out he had won on October 27 – when the draw took place.

He said: “I only told [my wife and brother] the next day but I wanted to make sure I got the right advice financially as I’ve never had anything near this huge sum of money in my life.

“I want this to make a real difference to our lives in the best possible way.”

Upon his big win, the keen amateur photographer said he plans to treat himself to a new camera, has plans to renovate his kitchen and improve his garden and hopes to take his wife to Paris after Christmas.

He bought his winning ticket in the Centra shop on the Ballyfermot Road, Dublin 10, wheere this week staff were snapped celebrating his win.