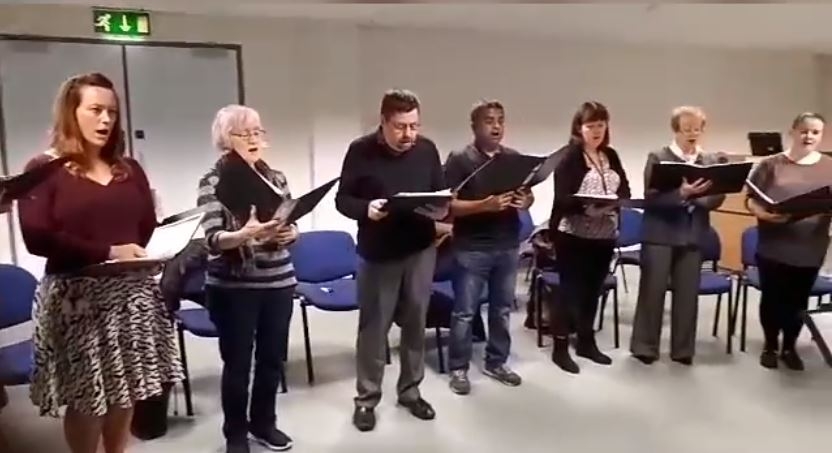 Tallaght Hospital Choir is keeping in tune with their workplace with this beautiful rendition of Fix You by Coldplay.

The choir is open to hospital staff working across all areas and members recently posted a video of one of their Christmas rehearsals online.

The 45 member choir has enjoyed success since forming in 2013, when they won first place in the Workplace Choir of the Year competition.

That year, the choir also sang in Dublin Castle at the End of Life Symposium, performed with the Chieftans at a fundraising event in Barrettstown House, enjoyed singing with the Garda and Army Bands and completed the year by taking part in the Stars, Choirs and Carols Concert in Croke Park.

The choir continued to enjoy further success placing third in the New Ross International Choral Festival in 2014 and competing and making it to the finals of the Workplace Choir of the Year 2015 singing in the National Concert Hall.

Eleven members of the choir also participated in the recording of the Health Voices Choir CD in Tallaght Hospital – He ‘Aint Heavy He’s My Brother and Carol of the Bells – in aid of Pieta House in 2016.

The choir performed their first solo concert ‘Do–Re–Mi!’ to a full house in May 2017.

The choir practice on Tuesdays at 5:30pm in the Robert Graves Postgraduate Centre in Tallaght Hospital and has invited current and former staff to join them for rehearsals.