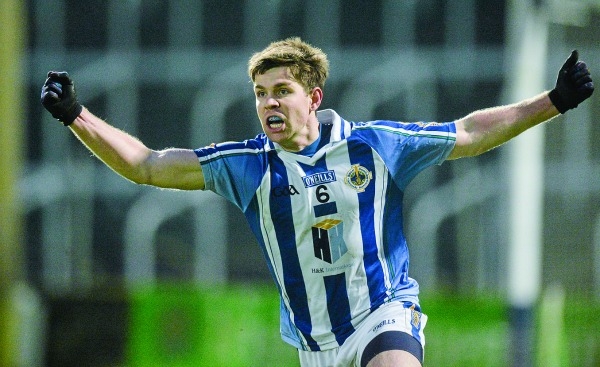 Boden back from brink to make final

His last-gasp equaliser forced extra time and, from there, the Firhouse Road side powered to 0-15 to 0-10 victory over Clonmel Commercials and, with it, a place in the St Patrick’s Day decider in Croke Park.

The talented centre back burst upfield with the final attack of the game and kicked a superb equaliser to complete a comeback from three points down in the closing five minutes of normal time.

“I knew we had to go for it” Nelson told The Echo. “I had seen how little time was on the clock so I decided to push forward.

“The gap just opened up in front of me and I knew once I got the ball that we had to go for it.

“It was an unbelievable feeling when it went over. The whole team got a big lift and the supporters really got behind us.

Ballyboden have shown it all season where they have finished strongly in the closing stages and made it over the finish line.

And this was clearly evident at the weekend as Ballyboden showed character and dug deep to overcome a highly-fancied team.

Three points down with minutes remaining and midfielder Declan O’Mahoney sent off, the signs did not look promising, but Enda’s stuck to their task and eventually forced extra time.

Having managed that, Ballyboden saw the momentum swing in their favour and they landed five points while holding Clonmel scoreless.

The younger players came of age and with Michael Darragh Macauley pulling the strings at midfield, there was no looking back in extra time.

“We finished strongly which is a credit to the team. Our fitness showed and all the hard work paid off,” added Nelson.

“It was a really tight finish but I feel the substitutes that we brought in gave us a big lift. They had a huge impact on the match and they stood up and were counted. I have said it all season that the bench has made a big impact and they brought a new energy to the team” he pointed out.

The younger players have been of huge importance this year and that was again clearly witnessed at the weekend.

Players like Colm Basquel, Sam Maloney and Aran Waters have all come up with the goods for Ballyboden.

“There is a good balance between the senior and younger players. The young players that came in freshened up the squad and they have been a big bonus for us this year”.

Ballyboden are now looking forward to the All-Ireland Final on St Patrick’s Day against Castlebar Mitchells after they beat Crossmaglen Rangers.