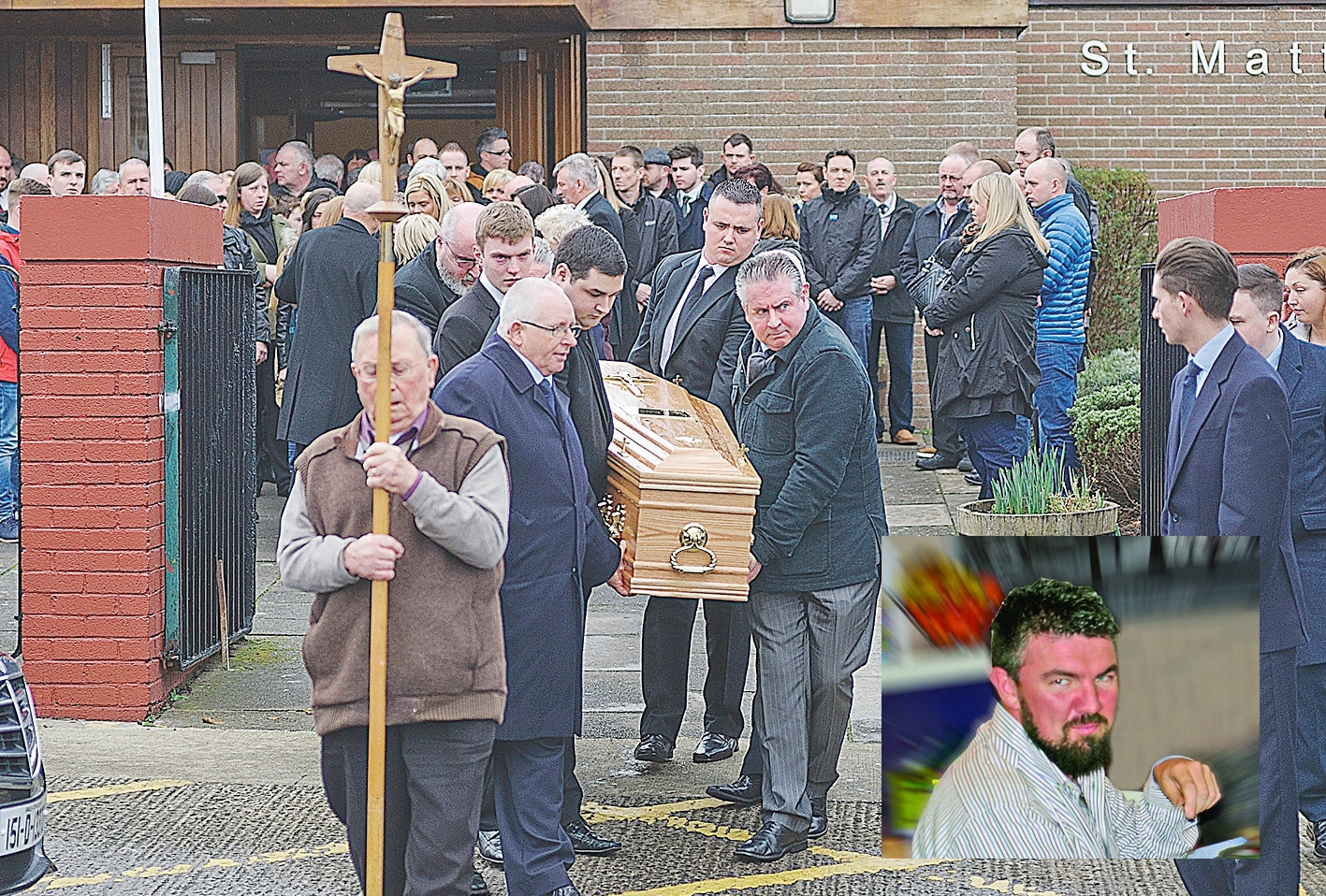 Many mourners were overcome when Charlie, the four-year-old son of the deceased, cried out for his “da da” as the remains were being taken from the church for burial.

Fr Joseph McDonald described the 33-year-old father of one as “tall and strikingly handsome”. When he met the family and friends on Tuesday night so he could prepare for the funeral Mass, he quickly learned that Mr O’Brien was a quiet character, but a person who had still made a big impact on people’s lives.

Fr McDonald said the love Mr O’Brien had for his family “was the only headline that mattered”, even though the details of his killing and the aftermath had “made the headlines in the news”.

Mr O’Brien wrote: “We feel so privileged and honoured to be able to say Kenneth was our son.

“The sudden loss of Kenneth and the circumstances surrounding his death are more than any parents, partner, son, family, friends of anyone should ever have to endure.

“We have lost a son. Our grandson has lost his father and Eimear has lost her partner.

“Lee and Janine have lost their brother; not to mention the heartbreak of Kenneth’s grandparents, godparents, aunts, uncles, nieces, nephews, cousin, extended family and circle of friends.”

He added “even strangers” had been part of an “outpouring of support” in the near three weeks since Mr O’Brien was last seen alive.

“From the bottom of our hearts we would like to thank you all. This has meant so much to us and we would not have been able to get through this ordeal without all of your kindnesses.

He thanked the “professional, respectful and compassionate” gardaí and also members of the public who had put the family in a position to be able to bury his son’s remains.

“Our Kenneth was an intelligent, handsome, loving man and although he’s been lost at this early stage of his life, all of us are thankful that he has been here for the past 33 years.”

Mr O’Brien’s remains were taken from the service in Ballyfermot to Newlands Cross Cemetery for burial.
Mr O’Brien’s torso was found in a suitcase on the Grand Canal south of Celbridge, Co Kildare, almost three weeks ago.

He had been shot dead and dismembered, with parts of his body recovered from the canal after almost two weeks of searches.