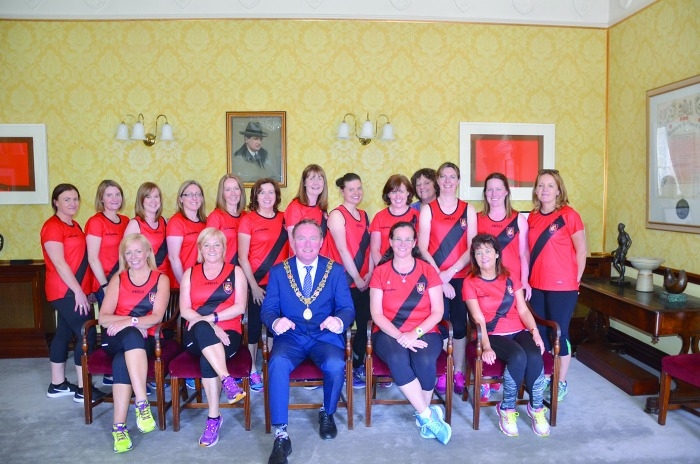 LUCAN Harriers had a busy week with some great results in the Leinster Track and Field Championships and the Cork City Marathon and Marathon Relay.

Eleven club members headed to Tullamore for the Leinster Senior and Masters Championships in which gold medals were won by Pat O’Dwyer in Javelin, Niamh Fitzgerald in 1500m, Eoin Fitzgerald in 1500m (PB), Edith Coakley in 100m Hurdles, Sarah Reihill in 800m, Bernie Stapleton in 800m and Carol Kearney in 200m (personal best) and 400m.

Among the silver medallists were Leinster Outdoor Championships first-timer Claire Johnston in 100m and Carol Kearney in at the same distance.

Pat O’Dwyer won the bronze medal in the 3000m Steeplechase in what was his debut in the event.

In the full Marathon, Jason Barrett finished in 4.15, followed by Sinead Fleet who completed her first marathon in 4.39 and Olive Mulligan who finished in 5.26.

Lucan Harriers fit4life fielded three teams of five in the Relay with the ‘Fit4Anything’ Team consisting of Patricia Hennessy, Edel Fogarty, Maggie Russell, Ceara Kerrigan and Geraldine Coogan, the first home in a time of 4.47.28.