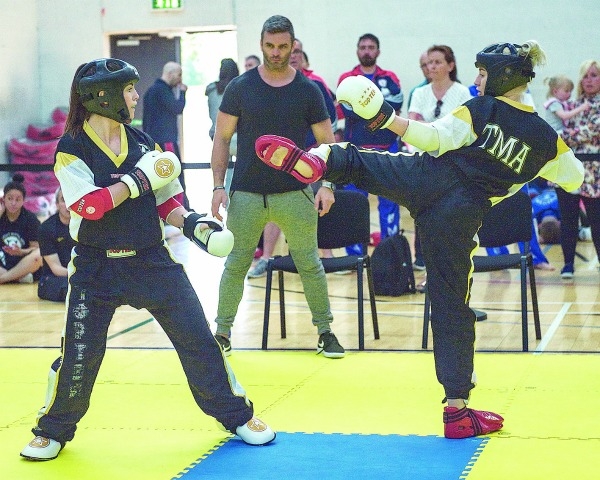 Gar Ryan put in a solid performance in the -79kg section beating Eric Mehlhorn from Elite fighter in the final to win the National title and secure a place on the Ireland squad that will contest the WAKO World Championship in Budapest in November.

Stephen Jones took the -94kg Points Fighting title at the expense of Colm O’Shaughnessy  from  Cork while  Dave Heffernan, fighting in the Veteran Points Fighting and Light Contact +94kg, made it a double.

After having won the opening round of the championship, Martin Bannon lost out to Michael Forrest from Bushido MA by just one point in the -94kg PF division meaning they will now have to fight off to decide the destination of the title.

In the -55kg Final Shauna Bannon and Caradh O’Donovan from TMA went head to head with the former taking first place before also wining the -55kg Light Contact section.

Tola Adebisi beat Clare Brennan from Hurricane Martial Arts to force a fight off in the -60kg PF class in what was her debut at senior level.

Keri Browne raised the -65kg prize at the expense of Spartan’s Sophie Larkin after which Nicole Bannon beat Emma Flannery from White Tigers in Castlebar in -70kg Points Fighting before making it a double with the -70kg Light Contact title.

Meanwhile Black Panthers Kickboxing Club will have two members on the Ireland Senior squad for the World Championships after Trevor Redmond won the -74kg veteran division.

He was handed a walk-over in the second round of the National Champ-ionships in Tallaght last weekend after having won the first against Patrick Cullen earlier this year.