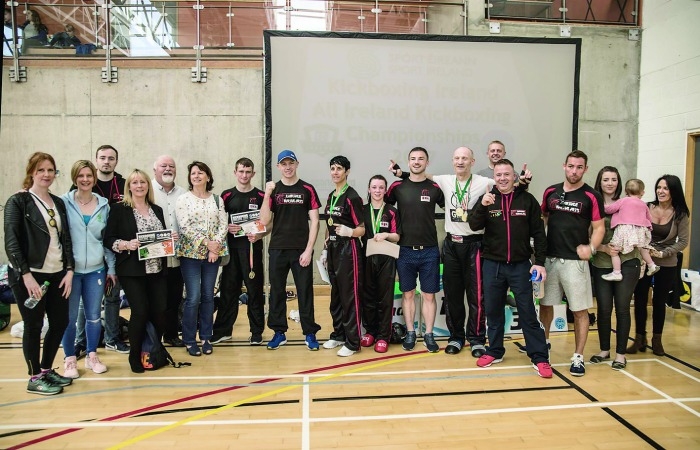 Dale makes it four in a row

LIAM Dale made if four consecutive titles at the National Senior Kick-boxing Championships in Tallaght Leisure Centre on Sunday.

The GRASP Martial Arts instructor won out convincingly in his Round Two Final against Rob O Rourke from Mugendo Kickboxing Artane.

This victory, combined with his win on all judges’ cards in Round One back in May, saw him land yet another national title.

Now part of the coaching Committee, Dale said “My focus will be more on my own fighters and students and junior and senior members of the squad who have qualified for the Worlds in Budapest this coming November.

Indeed it was a great day for GRASP MA with four senior members earning their place on the national squad for Hungary.

Eoin Glynn at -63kg and Marissa McMillan at -65kg secured their spots on the national squad while, at -50kg, Emma Dignam, also earned her place despite losing out to reigning world champion Lily Delacour.

Paul Maguire has secured a  joint first-place finish in the -74kgs division with reigning champion Colm Carroll from Elite Fighters with both competitors now set to face off for the place on the Irish squad in the coming weeks.