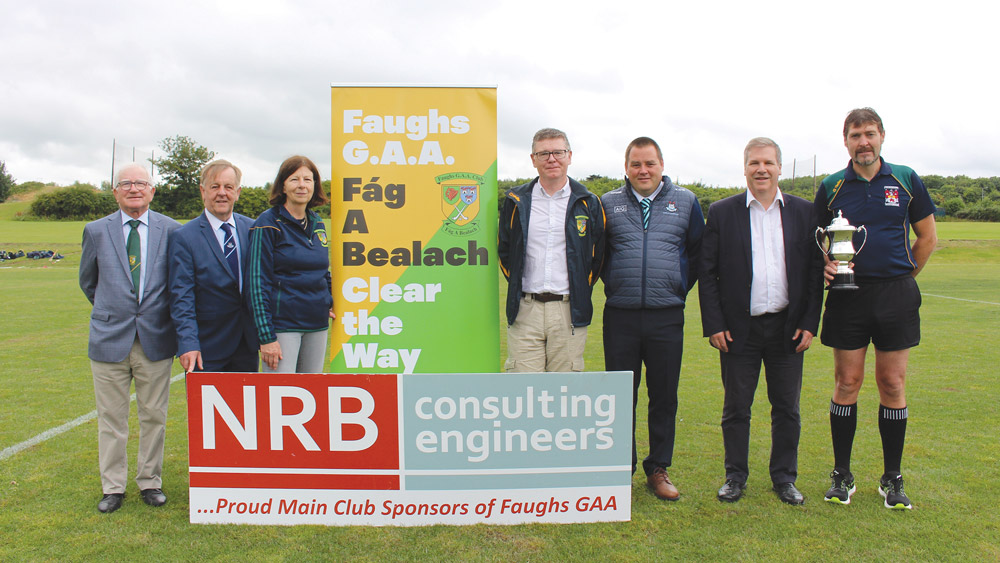 Celebrating the past looking to the future

CELEBRATING the past and preparing for the future, the most successful hurling club in Dublin enjoyed a day full of festivities in commemorating one of their most famous members, revolutionary Harry Boland.

Thousands flocked to Tymon Park on Sunday as Faughs launched their newly resurfaced pitch, celebrated 100 years since their 1920 All-Ireland championship win and the centenary of Boland’s death.

Boland was a very active GAA man and won senior hurling championships with the Wellington Lane club, in 1914 and 1915, before becoming a key figure during the revolutionary period.

When Faughs won the Dublin championship in 1920, they represented the county and went forward to the Leinster and later the All-Ireland series, where they faced Cork in the showpiece.

Due to the War of Independence, that All-Ireland Final was not played until May 1922.

By that stage, such was his heavy involvement in the republican movement, Boland had become bit-part player after missing training sessions throughout the year.

Boland was shot and mortally wounded by the Free State Army on July 31, 1922, at the Skerries Grand Hotel. Now, 100 years on, Faughs held a day of commemorative matches and festivities.

“It was a brilliant day. Our history is so important to us so it was a big thing for us to honour that, with Harry Boland being the most famous of that team which won the All-Ireland in 1920,” Faughs vice chairperson, Paul Dixon, tells The Echo.

“The families of other members from that team were also present on the day, so marking the 100th anniversary was objective one on the day.

“Objective two was the reopening of our pitch, we had a special committee who took that on board just before Covid. 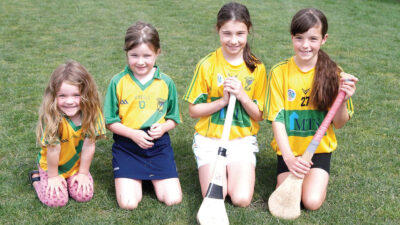 “Tymon Park was the go-to spot during Covid with all the social distancing and that, so it was nice to close that out on Sunday with the reopening in the company of our friends and families.

“This pitch is not just for our senior hurling or camogie teams, but for our juvenile teams as well and it’s a great asset to the club. Hopefully we can replicate our successes of the past once again.”

Harry Boland’s great grandnephews Diarmuid O’Loing and Taghd Crowley presented a replica of a cup (which was presented to their great-uncle in New York), to Dublin GAA chairperson Mick Seavers for use in the Dublin Intermediate Championship.

Following that, in the flagship event of the day, Faughs hurlers representing Dublin faced-off against the oldest GAA club in North America, Harry Bolands of Chicago, in a 1920 commemorative match.

This game was be refereed by grandnephew of Harry Boland, Diarmuid Ó Loing from Bondi Gaels and Australasia CLG.

At the end of the day, there was a few historical talks given about links between the revolution, the GAA, Harry Boland and the 1920 Faughs team.

Having won 31 Dublin championships, eight Leinsters and an All-Ireland, Faughs stands as one of the most successful clubs in the country.

Today, Faughs stands at close to 1,000 members and has around 50 teams, which are involved at all levels in hurling and camogie from juvenile up to adult.