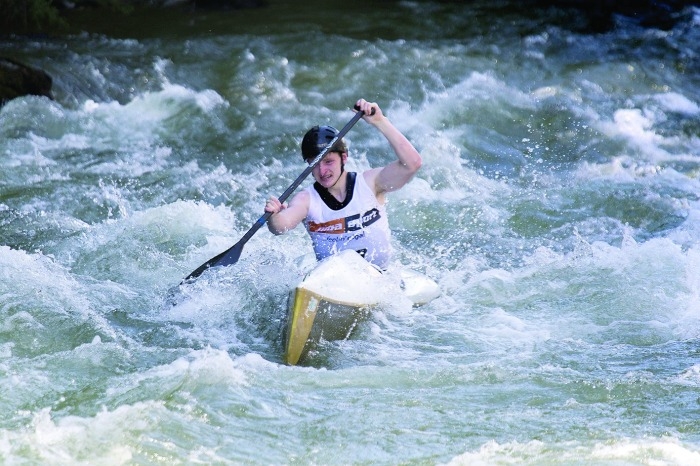 DARRAGH Clarke is hoping to become the first Irish person ever to medal in the Junior ICF World Wild Water Racing Championships in Austria next week.

The Chapelizod competitor is no stranger to competing at this level having finished ninth in both the Sprint and Classic Races at the 2015 World Championships in North Carolina.

Last year he attended a very competitive European Championships in Austria when he finished sixth in the Sprint race and 13th in the Classic.

Back in the Junior Men’s C1 division for next week’s global contest, the Wild Water Kayaking Club member has been working extremely hard in his bid to make the podium.

“I’ve been truly flat out, training 14 times a week since September” Clarke told The Echo.

“I was away in Switzerland competing in their national champion-ships and I finished third in the Senior Sprint race and second in the Senior Classic.

“I was only half a second of wining there so I’m feeling confident” he added.

Clarke will be heading to Austria with compatriot Odhran McNally who will be lining out in the Under 23 division.

It is sure to be busy summer for Clarke alright as he will, next month, be heading out to France with the Irish Under 21 National Canoe Polo team to contest the European Champion-ships there.