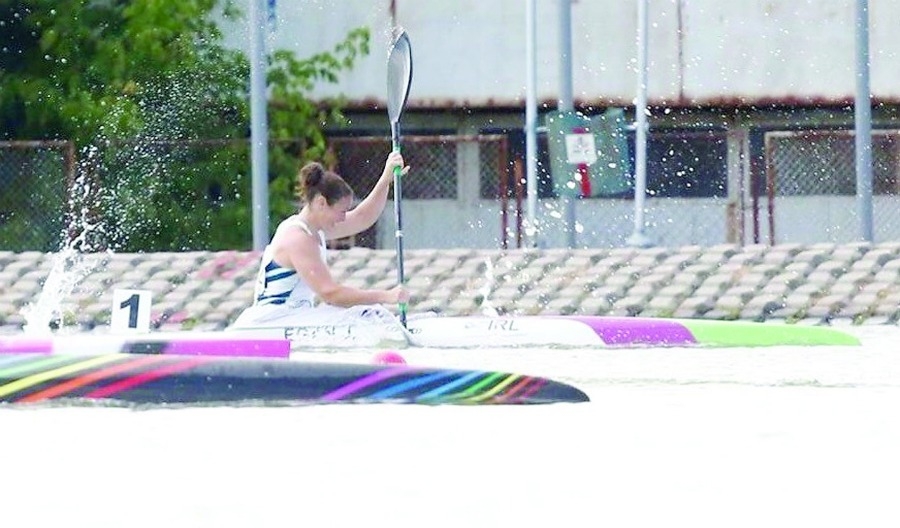 A bronze medallist at this very event back in 2015, Egan was hoping to be back on the podium and battled fiercely to work her way back into contention.

And while she did manage to catch back up with the leading group, she was unable to reel them in after the top turn.

“Fifth in Europe is a fair result, but I was hoping up be among the medals” Egan told The Echo.

“I mean, four years ago I came fifth in Europe as well and I was absolutely delighted with that, but my goals have changed since. I’ve medalled in Europe since then.

“But that’s the nature of racing. You can be in the best shape of your life and then external factors beyond your control can happen.

“About a 150m off the start I got caught in a collision and I was left chasing the leading group.

“I caught back up with them by about 500m and stayed among that group up until the top turn which is about a 1000m in.

“But the way it was, I was caught in the second wash and I just kept fighting to get up on them. I was left in a group fighting for fifth place and I managed to take that.

Egan now heads into a five-week spell of training ahead of the World Championships which take place in Racice, Czech Republic from August 23-27.

Indeed she will be hoping to improve on her sixth place finish in the 5000m in Milan back in 2015- her best ever result over this distance at this level.