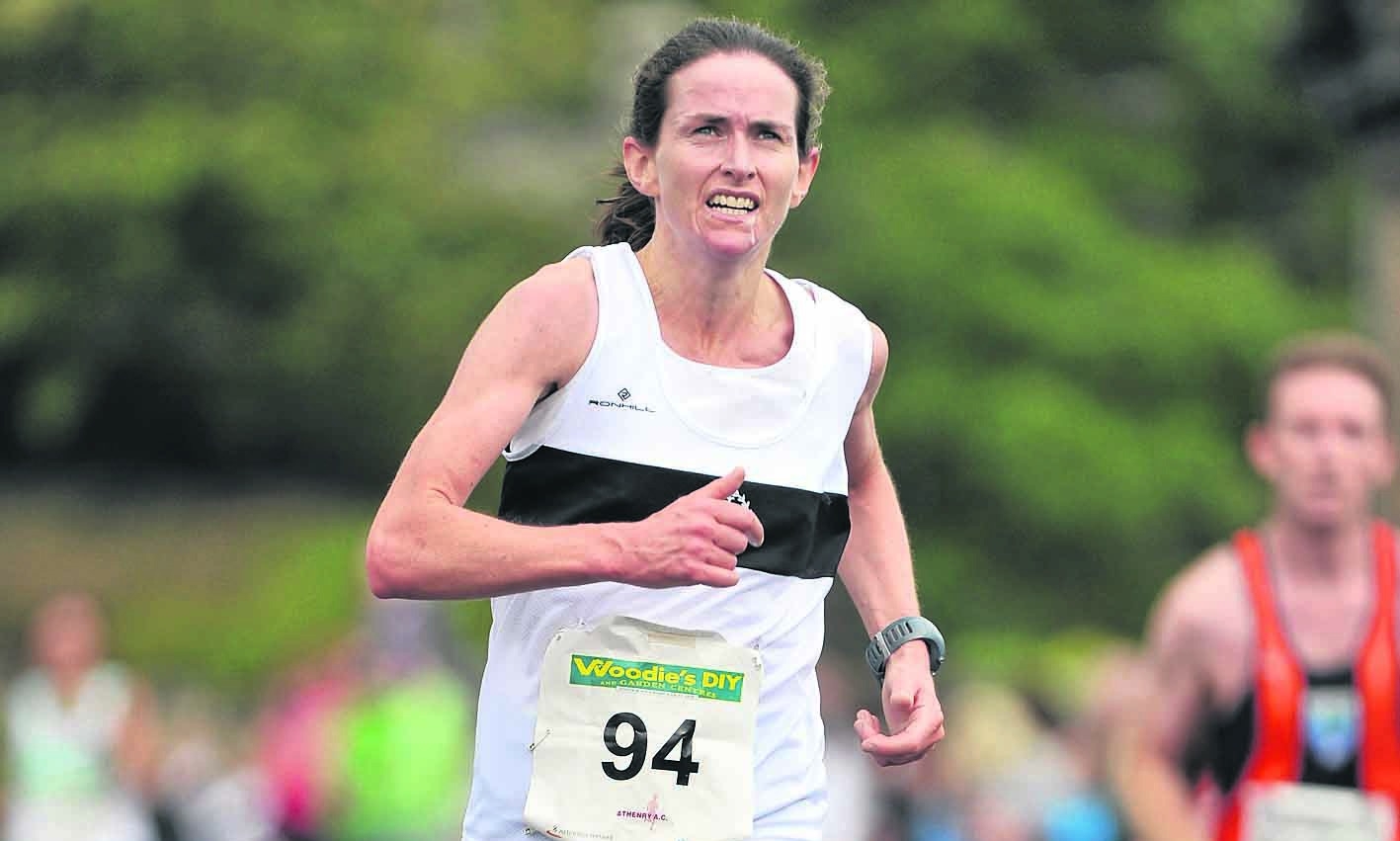 BARBARA Cleary’s fine start to the year continued with a third place finish in the Irish Life Health Masters Cross Country Championship in Waterford IT on Sunday.

This results follows the three wins she carded in January, the first coming on New Year’s Day when she came home first in the Tom Brennan 5k in the Phoenix Park.

A week later the 2014 Women’s Mini Marathon winner cruised to victory in the Dublin Masters Cross Country Championship before then taking the Axa Raheny 5 Mile Road Race title after crossing the line in a PB of 27.34 and fending off some serious opposition from the likes of former Irish international Catherina McKiernan and former European Cross Country team member Sarah McMahon.

Sportsworld finished up third in the Women’s Over 35 Team section with Catherine Bambrick leading the way for them with a 12th place finish ahead of clubmates Ruth Kelly (19th), Noreen Brouder (48th) and Stephanie Bergin (66th).

Rathfarnham’s Donna Mahon was the third woman home in the Over 45 division with clubmate Vanessa Sallier 13th while in Over 55 competition DSD’s Linda Finnegan was second with clubmate Joan Coyle following suit in the Masters O65 section.

In the Men’s Masters Championship, DSD’s Peter Mathews finished up eighth overall in a time of 24:15 with Shane O’Neill of the neigh-bouring Rathfarnham WSAF just two places further back.