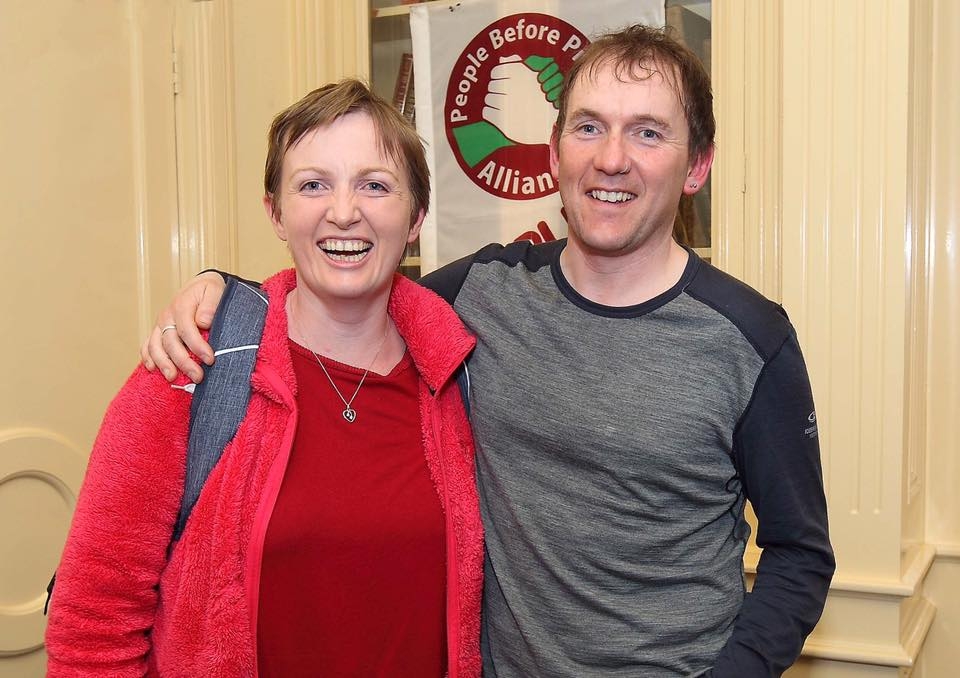 People Before Profit TD Gino Kenny has said he is “delighted” for Ava Barry and her family, after the seven-year-old was granted a license for medicinal cannabis – and will return to Ireland tomorrow.

From Cork, Ava suffers from Dravet Syndrome, a form of epilepsy which causes her to experience several seizures every day.

Ava was granted this week granted a licence for medicinal cannabis by Minister for Health, Simon Harris.

The licence has been granted after a long campaign by Ava’s mother Vera Twomey, which saw her walk 155-miles from Cork to Leinster House in an attempt to highlight her daughter’s daily struggle – and to gain access to a medicinal cannabis product to prevent her daughter’s seizures.

Despite not wanting to leave home, Vera had to take Ava to receive cannabidiol (CBD) -based treatments in The Hague in the Netherlands over the summer, where she reported that Ava’s seizures had reduced in frequency.

Clondalkin TD Gino Kenny is a campaigner for the medicinal use of cannabis and is hoping that his Cannabis for Medicinal Use Regulation Bill, which is in the amendment stage, will be passed.

Deputy Kenny told Echo.ie: “I’m so delighted that after their long journey they have been granted a licence.

“Families and individuals shouldn’t have to go through that process. They are medical exiles.”

Vera told Newstalk Breakfast this week about the progress of her daughter’s condition since beginning CBD treatment: “It has changed her cognitive ability, it’s quite dramatic.

Deputy Kenny will travel to Cork tomorrow morning to greet Vera and Ava at the airport when they arrive back on home soil.