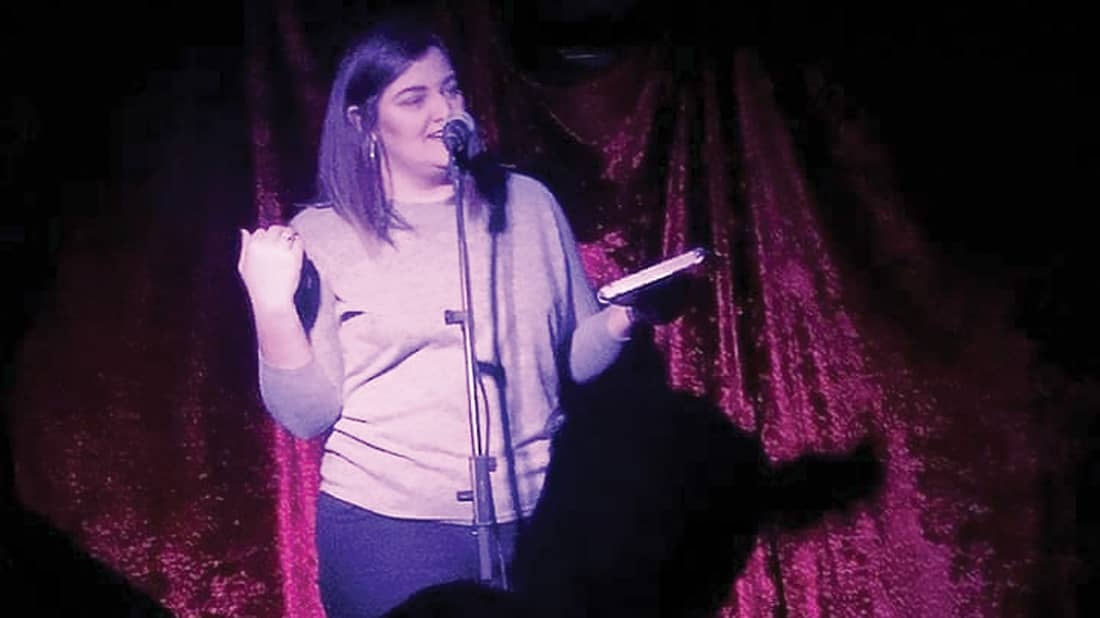 Conversations With Myself: Kasey Shelley talks about her first poetry book

Poet and writer Kasey Shelley explores themes of love, relationships and mental health, and takes a microscopic look at the lived experience of women through her sometimes humorous but always engaging prose.

Kasey grew up in Bawnogue and moved to Clondalkin Village when she was a teenager, and several years after she graduated from Coláiste Bríde she joined a local writers’ group, and writing has been a mainstay of her life ever since.

Last year, Kasey released her first poetry book, ‘Conversations With Myself’, which has been described as “a manual for young women” and has been well-received, as the accessible and relatable nature of the poems continue to connect with readers.

Kasey took some time out to tell ­The Echo about the writer’s block she experienced during the lockdown, the response her book received, and she offered advice for aspiring poets.

What ignited your passion for poetry?

I joined a writers’ group in Clondalkin Library in 2015. I began with what I knew and enjoyed – fiction.

The group was great because you met once a month and had ‘homework’, so you always had something to work on and I work better with a deadline!

The following year we were doing an anthology and they suggested everyone do two pieces, a poem and a story, if possible.

I had never really tried poetry. To me, it was only what you were taught in school and I didn’t think I was capable of that.

But I decided to give it a go. After writing two poems and exploring the open mic scene I fell in love with it.

Shortly after lockdown started you did a mini challenge where you used an online dictionary’s word of the day as a prompt. Why did you decide to do this?

My job finished just before Paddy’s Day and I enjoyed the time off at first. I had great plans for writing and reading, and these different creative pursuits.

But all of a sudden it had been almost four weeks and I had done nothing – I fell into a slump. Money-wise, I was worried because my job, in a hotel, would not be opening anytime soon, so I decided to start looking for work in the middle of the lockdown.

Luckily, after two weeks I found one and I have been there since. But when I went back to work it hit me, the guilt of doing nothing productive for six weeks. I had wasted the opportunity. And I was still in a slump!

I enjoyed learning the new words and writing something…anything!

Pre-lockdown, you did a lot of spoken word performances and got used to performing in front of audiences. What has it been like to lose that outlet, albeit temporarily?

Losing the open mic scene has been hard for a number of reasons.

Creatively I work better knowing I have to have a new piece for the next performance. Socially, some of the open mics are a community.

It might be the only time of the month I see certain friends. And the feeling you get after performing pushes you to write and perform.

You released your first poetry book, ‘Conversations With Myself’, last year. What was that experience like?

Releasing my book was a great experience. Two years of writing, seven notebooks and eight months of editing morphed into the book in my hands.

You’ve posted several reviews that readers have left after reading the book, as you said reading their responses to your work reminds you of why you write. What does it mean to you to connect with your readers so strongly that they’ve left a review of your work?

Reading nice reviews like that, and seeing that people have connected with the book, is why I wanted to release it in the first place.

At the open mics you would sometimes have someone come up after and say thanks, that they recognised themselves in the piece, that this thing happened to them too or simply that they needed to hear it today.

I wanted to bring that feeling to people on a larger scale.

My performance isn’t loud and entertaining, but my writing is relatable. It stirs emotions, and I hope it inspires people too.

I want people to know their worth, especially young girls.

What advice would you give to aspiring poets?

My advice is to just start writing! If you’re not sure what direction you want to go, then try everything.

Read loads. Watch other poets on YouTube. Find a writers’ group – your local library probably has one. If you feel confident enough, go to open mics – you can read poetry, fiction, anything, and they are very welcoming.

But just get that pen on paper!

‘Conversations With Myself’ is available in paperback on amazon.co.uk.