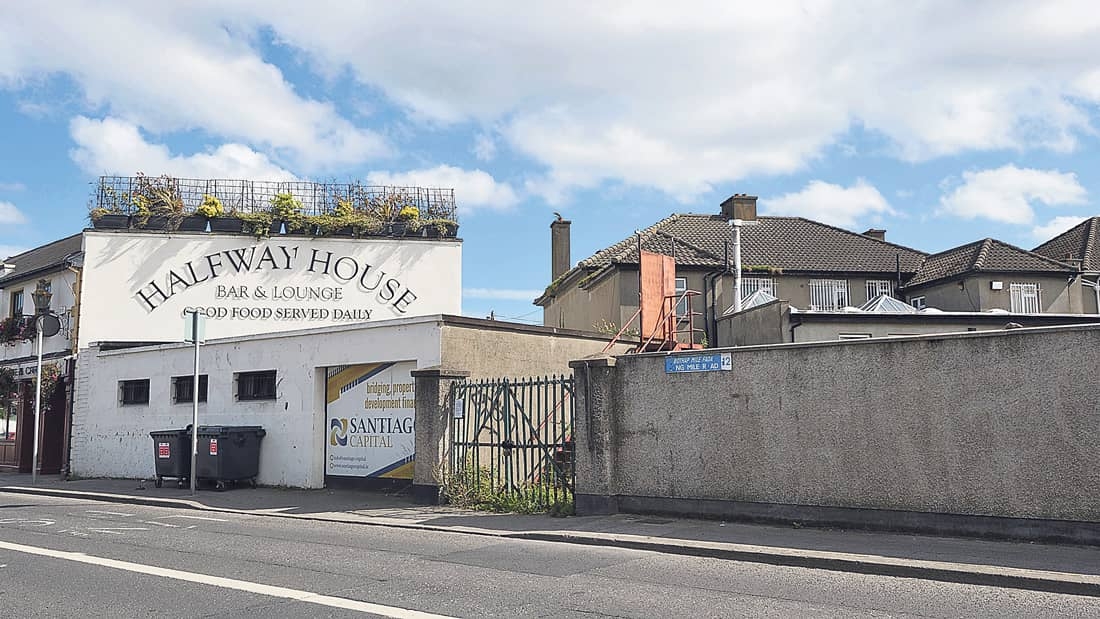 ADDITIONAL information has been requested in relation to plans for the development of an apartment block at lands and buildings adjoining and formerly part of The Halfway House pub in Walkinstown, while the owners of an adjacent car park have lodged an objection against the plans.

It is proposed that the apartment block will house seven units, comprising one studio unit, four one-bed apartments, one one-bed duplex unit and one two-bed duplex unit, across ground to second floor.

The development will require demolition of the existing structures on-site and the construction of the apartment block.

Provision of all with associated private open-space areas in the form of balconies and winter gardens, and pedestrian access to the development from Long Mile Road and Walkinstown Road, are included in plans  lodged by Bo Vision Capital Ltd in May.

The plans attracted an objection from Manotherm Limited, the owners of an adjacent car park, who stated that they were concerned that people visiting and living in the proposed development will use their car park, as parking facilities aren’t provided in the developer’s plans for the apartment block.

Manotherm also added that they are concerned that, if the development gets planning permission, it could inhibit Manotherm’s potential “to develop the vacant land at the rear of our building”, and the inclusion of trees could cause damage to their boundary wall and car park.

Dublin City Council requested additional information from the developer in relation to the proposed development, in order to address the local authority’s concerns about the impact the height of the development could have on The Halfway House, the lack of parking in the plans, and also how it relates to the land-use zoning objectives of the site, which is zoned for district centre uses.

The additional information was requested on July 20, and the applicant has six months for the date of the request to supply the information.