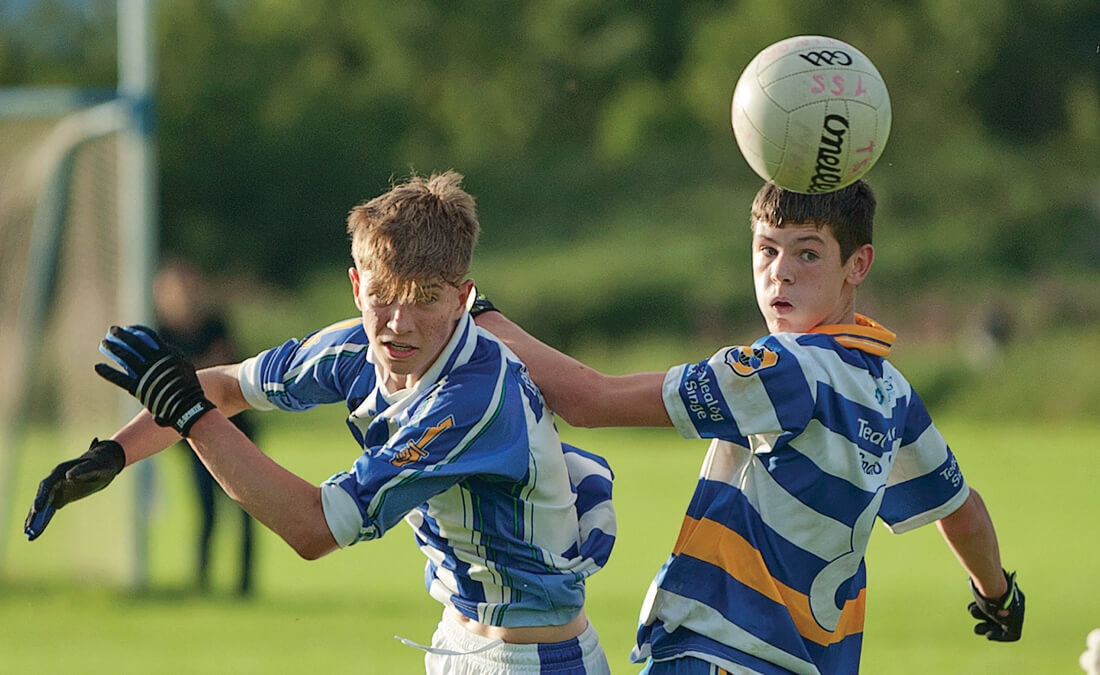 Templeogue topple Boden in a thriller

The impressive inside forward was a menacing presence throughout and scored a brace of goals in each half while netminder Dan Coogan was another to stand out for the visitors, producing a string of top-drawer saves.

Hosts Ballyboden had led for large stretches of the contest - thanks in no small part to half-forward Lee McConnell’s two-goal salvo. Dylan Timbs and Mark McGlynn also finished with 0-2 apiece, but the attacking prowess of Brennan ultimately saw them come up short.

It was ‘Boden who enjoyed the better of the opening exchanges, with Daniel McCarthy and Mark McGlynn raising white flags in quick succession. Templeogue centre-back Daragh Murphy was driving his team forward at every available opportunity, but their opponents remained in control.

Coogan tipped over a goal-bound Kevin Byrne attempt on nine minutes and Timbs added a free to increase their lead to four points.

Centre-forward Sam Lewis got Templeogue up and running with a well-worked point, before Brennan rattled the opposition net for the first time 15 minutes in.

Boden quickly reasserted themselves and Byrne released the onrushing McConnell who coolly slotted beyond the reach of Coogan.

Templeogue knuckled down for the remainder of the half and they were rewarded on 26 minutes when Brennan embarked on a surging run up the right-hand side.

Like he had done for McConnell’s earlier effort, referee Bobby Moran signalled an advantage for the attacker – whose powerful shot was too strong for Conor Buttler. Coogan later turned away a McGlynn strike to ensure Templeogue were on level terms (2-1 to 1-4) with their southside neighbours at the interval.

Just two minutes after the resumption, Brennan was picked out deep inside the ‘Boden half and, following a neat ‘one-two’ with full-forward Donal Murray, he completed his hat-trick in clinical style.

Although they now found themselves adrift, the ‘Boden challenge was never going to be dismissed lightly. McGlynn kicked an excellent point on the run and McConnell converted a penalty after Byrne was taken down inside the square.

Templeogue issued an immediate response through Murphy, who ventured forward to dissect the uprights off his left boot. ‘Boden regained the ascendancy with an Alex Young single, only for the magnificent Brennan to once again produce the goods for Templeogue.

He hit the roof of the ‘Boden net for his fourth goal of the night and with substitute Robert Bell registering a pointed free, TSS were in the box seat on the third-quarter mark.

‘Boden reduced their arrears with Leon Murphy and Timbs points, but were also turned over on a number of occasions by a tenacious Templeogue defence. While Larry McCormack’s visiting team came under intense pressure during six minutes of stoppage-time, they eventually held out for the two points on offer.