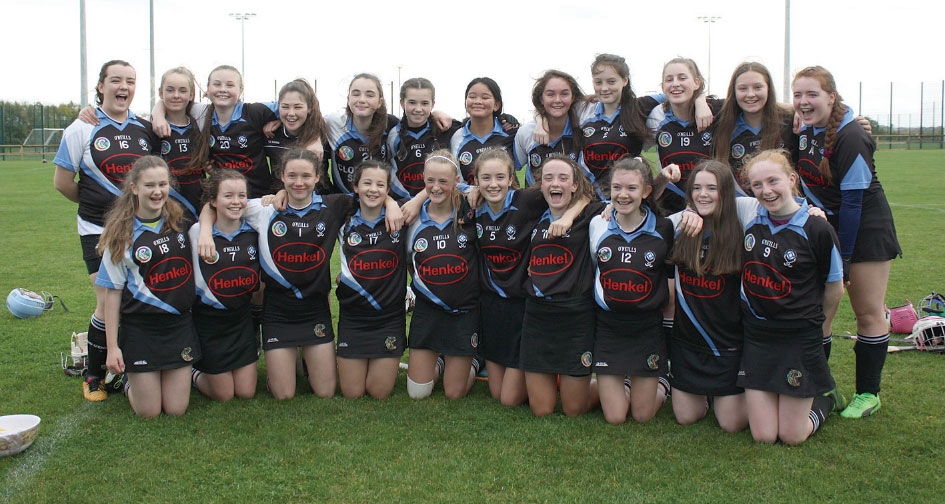 Counsel ‘save their best for last’

GOOD Counsel powered their way over the finish line in the race for the Under 14 Division Two Camogie Championship title following a 6-6 to 1-0 victory over Erins Isle in Blanchardstownon Saturday.

“Erins Isle are a good strong side, but our players played out of their skin and it was by far and away our best performance.

“Our players just clicked on the day. Erins Isle did come out all guns blazing, but our midfield was strong and and our defence even stronger” he said.

The latter also found the back of the net when she picked up possession at half forward and worked her way through before firing home.

The Drimnagh side had a second goal chalked up before the break when Eadoinn Ó Snodaigh whipped in a ball that injected panic in the Isle backline before Megan King steered it home.

Alex Whitaker at full forward turned in a display that earned her the ‘Player of the Match’ title as she fired home two goals and a point.

The victory was a massive boost for this Counsel team which struggled somewhat in league competition this year, but really stepped up a gear in the championship, emerging from their group unbeaten before seeing off Ballinteer in the semi finals.