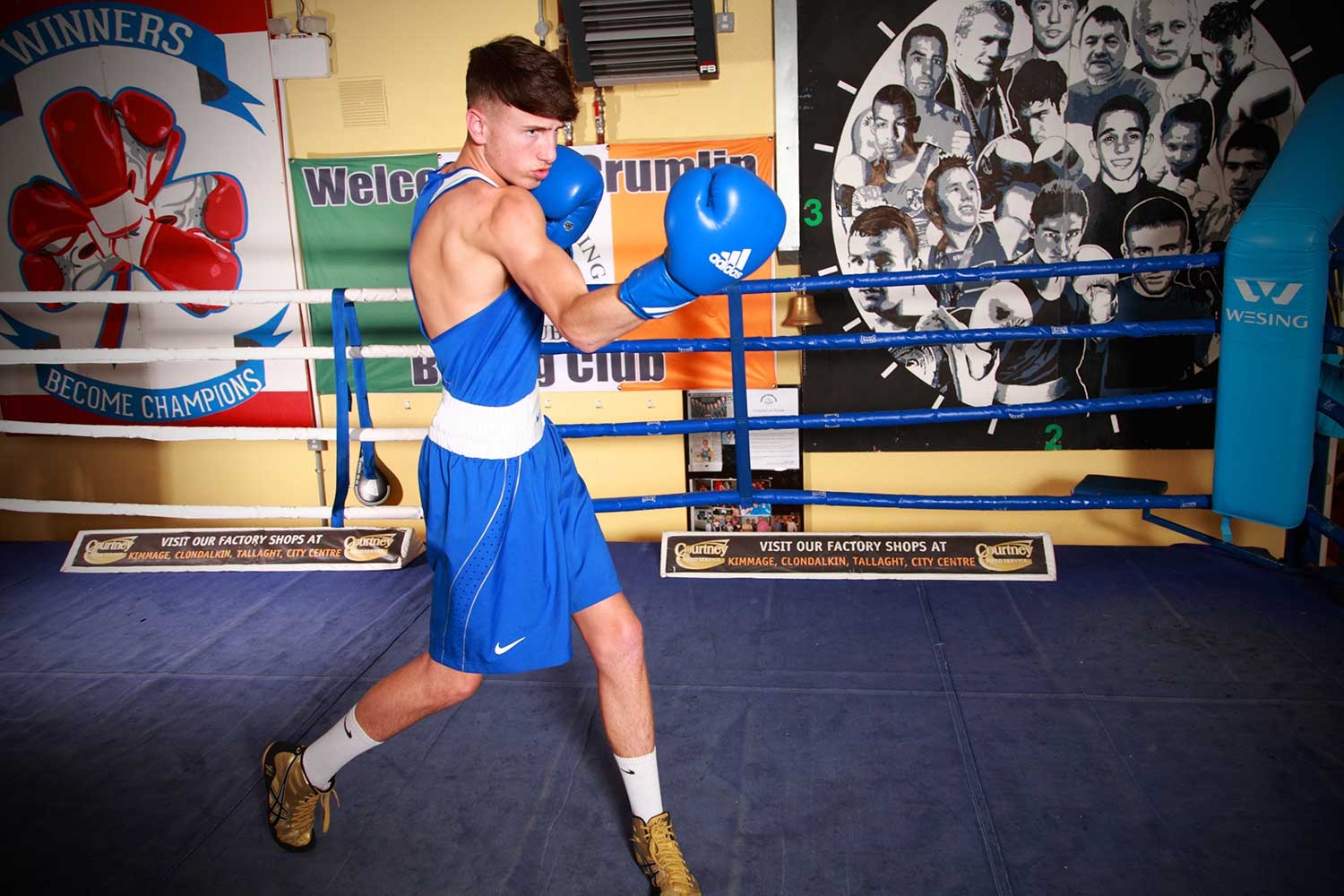 CRUMLIN Boxing Club’s Craig Kavanagh will be part of the seven-strong Ireland squad that travels to Turkey to contest the European Youth Championships, starting October 21.

Kavanagh captured the Irish Under 18 bantamweight title back in May after carding a 4-1 victory over Bay City’s Seamus Mongan in the title fight at the National Stadium.

It was the last of three fights in as many days that saw the Ballyfermot lad make up for just missing out on the Under 18 Flyweight crown last year.

Now he will be looking to make his mark on the European stage with the Irish team that has been in training in Belfast ahead of this year’s championships.