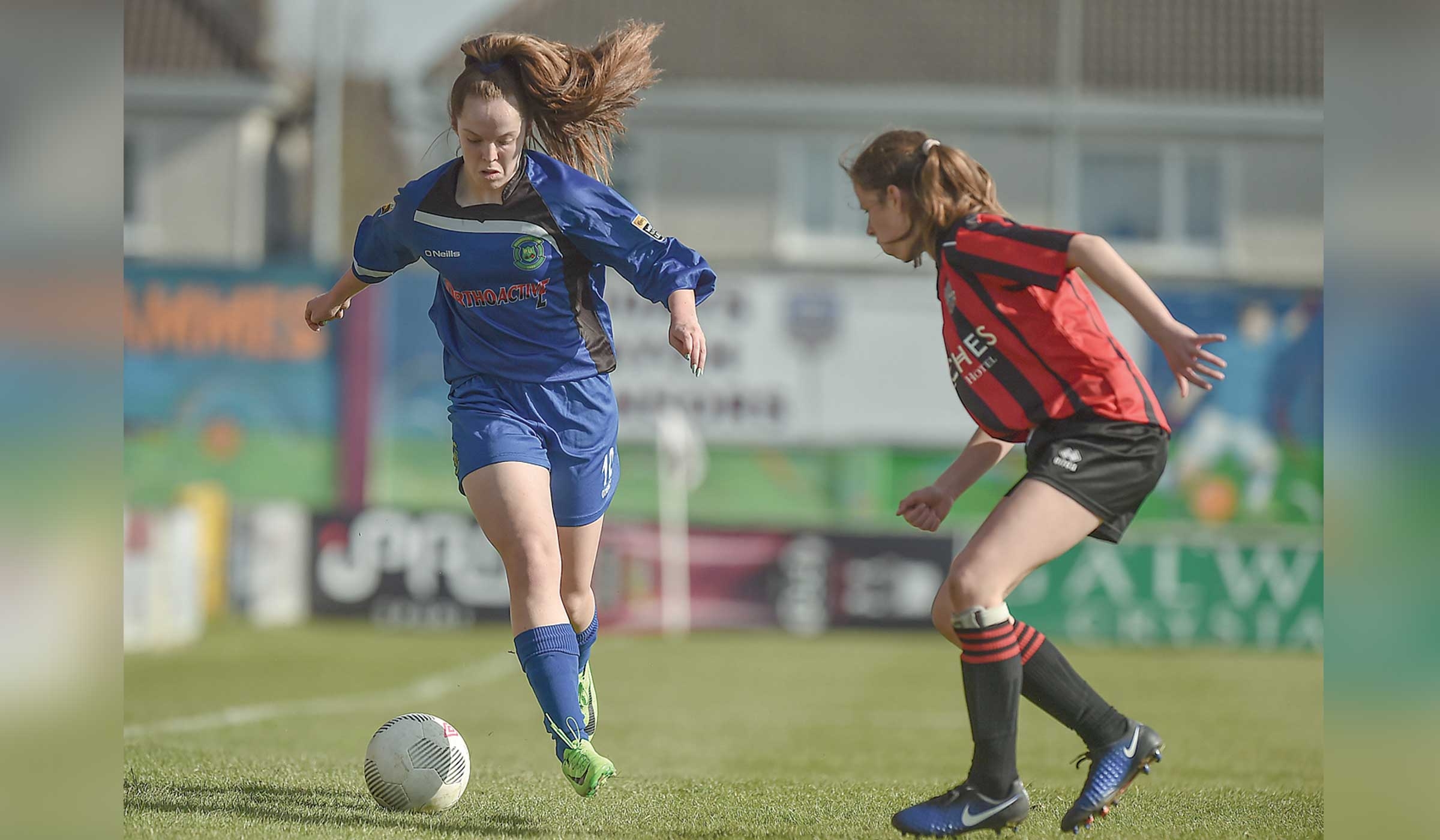 McManus on the double for Ireland Under 19s

Dave Connell’s side were out in front within the opening minute after Saoirse Noonan pounced on a poor back pass to steer home.

Yet it was not until the 55th minute that Ireland were able to add to their tally, McManus, who had been brought on just nine minutes beforehand, stealing possession before squeezing the ball to the back of the net from a tight angle.

And the Peamount striker notched up her second and Ireland’s third soon after when she got in on the end of Noonan’s low cross and fired home.

McManus’s clubmate Naoisha McAloon lined out in goal for Ireland and will be pleased at keeping a clean sheet, while among the other Peamount players involved in this tie were Niamh Farrelly and Lauryn O’Callaghan.

Delighted with the performance of his players, Head Coach Connell said “It was a really impressive performance from start to finish.

“The statistics speak for themselves. We had over 30 shots during the game and we were rarely tested so it was a fantastic performance.

“There were a bit of nerves early doors, but in fairness, we were creating plenty of chances but weren’t able to take many of them during the first half.

“It left the opportunity for Estonia to come back into the game, but we made two changes at the break with Carla McManus and Lauryn O’Callaghan, and we pressed them high up the pitch and it paid off” he added.

Ireland will be back out on Saturday against Latvia before taking on hosts, Netherlands, on Tuesday.