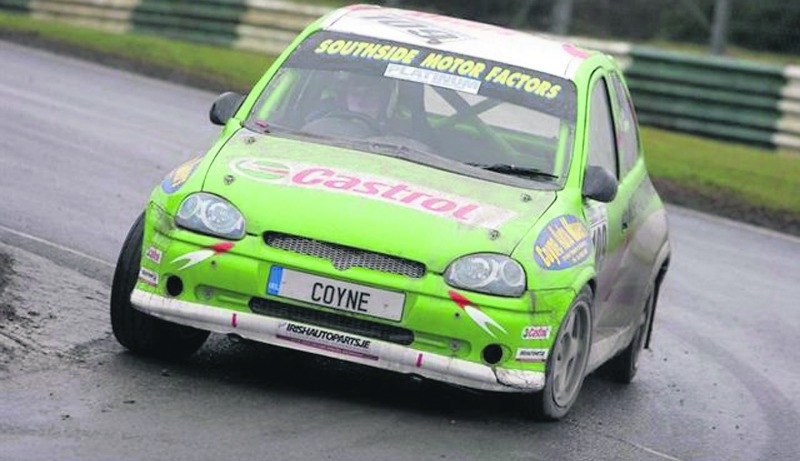 WILLIAM Coyne made a strong finish to the Irish Rallycross Championship, finishing second overall and the top two-wheel drive car.

The Tallaght man won his first three heats to put his car on pole position for the Modified A Final.

With a great start he maintained his position over the five laps to record a lights-to-flag victory and subsequently clinch the overall Modified Championship title (for two-wheel drive cars) – the second year in succession he has raised this prize.

And a good time recorded in this decider served to secure him a front row start (second position on the grid) for the Super Final in which he was sandwiched between the super cars of Derek Tohill and Noel Greene.

From the off, the four-wheel drive super cars led the way over the six laps although Coyne kept the pressure on Greene right up to the flag, finishing in a superb third position.

The National Rallycross Championship has certainly proven a very rich hunting ground for Tallaght drivers with William’s brother Michael having twice won the title back in 2001 and 2009, Declan Kelly in 2014 followed by William.