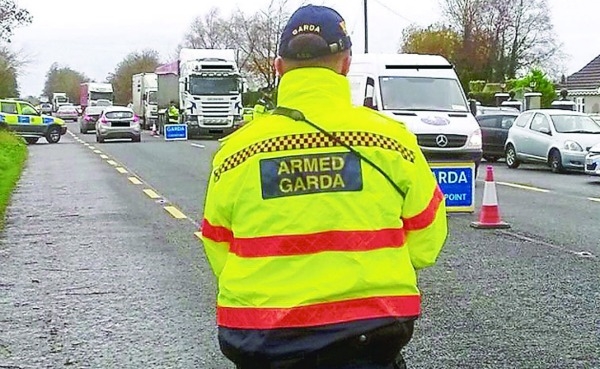 Crackdown on crime by armed gardaí gives results with 45 arrests

GARDAÍ staged a 72-hour armed blitz on burglary gangs in Tallaght last week, during which 45 arrests were made during the three-day crime crackdown, which saw 85 check points set-up across the area.

Locals took to social media last week questioning the high-level Garda presence across the area, a presence which has been confirmed to The Echo as Operation Thor – a nationwide operation which aims to crackdown on crime by disrupting the activities of burglars and organised gangs.

From 8am last Thursday, November 12, until 7am on Sunday, 85 check points were held at different locations across Tallaght, staged by local garda and supported by the armed Special Detective Unit, Drugs and Organised Crime units and the traffic and road safety core.

Tallaght Superintendent Peter Duff told The Echo that the reason for the 72-hour crime crackdown was to enhance Garda visibility in the area and to intersect criminals as they tried to move about the area.

He said: “It was about having a strong presence in the community and reminding criminals that we are here and we are out and about.

“Some of the people that we stopped and arrested were already on our radar and we were hoping, due to intelligence we have on various criminal movements, that they would run into one of our checkpoints.

“We also want the wider community to see a presence and it gave officers the chance to meet and talk with local people and to give them security and safety information and advice – especially in relation to bags, money and other valuables being on plain view on their passenger seat.”

Over the three-day operation, 45 arrests were made, 19 vehicles seized and eight people brought in for in-depth searches.

The Echo understands that six arrests were made in relation to burglaries, five for theft offences and five for criminal damage – with a number of those arrested, one of whom was carrying a dangerous weapon, caught in possession of stolen goods or items that could be used to break into a premises.

The checkpoints were also set up on streets to monitor people walking through estates.

A number of other arrests were made in relation to outstanding warrants, assaults and driving offences, mainly driving without insurance and disqualified drivers, with one stolen car recovered and another car seized with false plates.

Two members of the public were also arrested for public order offences when they “freaked out” over the delay the checkpoint was placing on their day.

Supt Duff said: “Out of the 45 arrests, 53 charges have been made – there have been multiple charges in some cases.

“We put a lot of work into this and are happy with the outcome, and believe the operation will have implications for criminal gangs.

“We have a number of similar operations planned for the run-up to Christmas that will once again consist of checkpoints.

“However, we will be incorporating our traffic unit and road safety units in upcoming checks and breathalysing people as well.

“Our main focus of these checkpoints is targeting criminal activity but will use the check points as an opportunity to enforce road safety as we approach the Christmas period.”