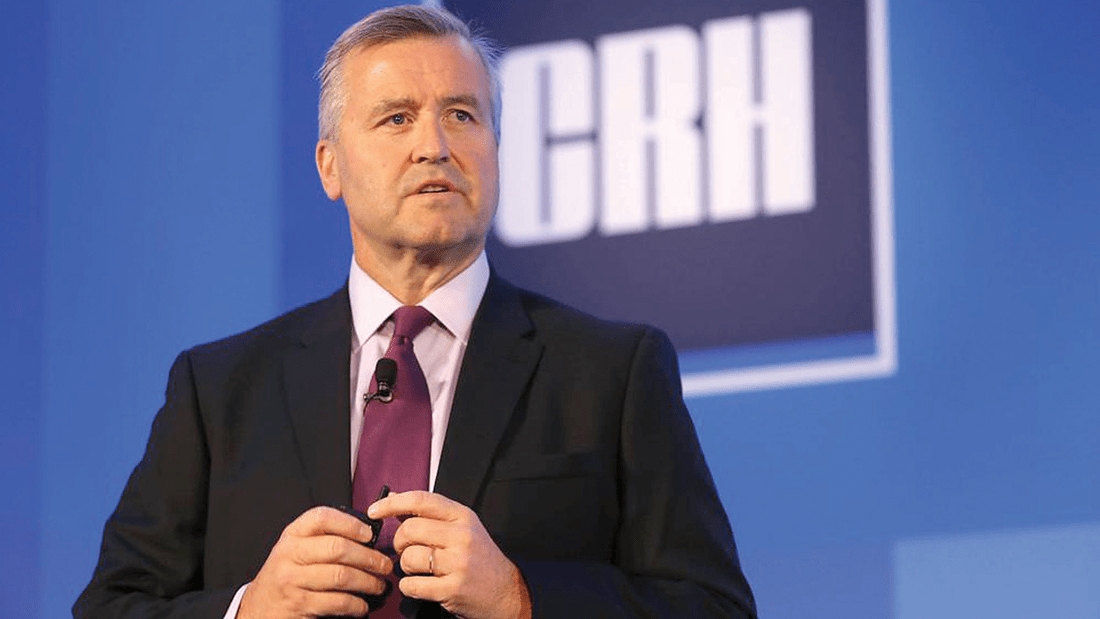 IRELAND’S largest company CRH, has returned all Covid-19 furlough support payments received across the world, including in Ireland.

Albert Manifold, chief executive of CRH, revealed the group had returned all furlough payments across all locations where it received the support.

He was speaking during an analyst call after the global firm, headquartered at Belgard Castle, published its latest trading update.

During the call, Manifold confirmed to an analyst that CRH had received furlough payments at the early stages of the pandemic.

“We’re not in receipt of any furlough now going forward. We decided that all the extra costs that we’ve had to cover, we will cover that ourselves.

I think business has a role to play in society and that we felt that was the right thing to do,” he said.

Earlier this year, the UK’s High Pay Centre, an independent non-party think-thank established to monitor pay at the top of the income distribution, found CRH has the largest pay differential between a CEO and a median earner among FTSE-100 companies which used UK government Covid-19 support.

The trading update said CRH expects to book a non-cash impairment of €674m for this year.

It said the charge is mainly a result of the economic impacts of Covid-19 and Brexit.

CRH also reported €54m of non-recurring Covid-related restructuring items in the first six months of the year, and it expects similar costs on the second half of 2020.