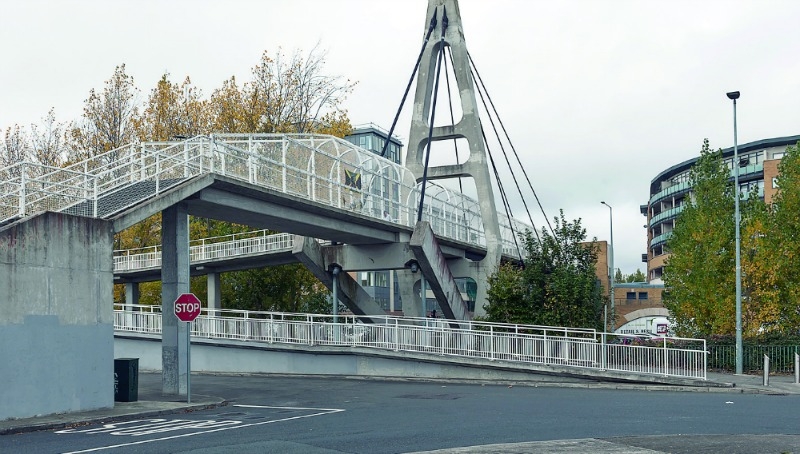 The six men and one woman had been on trial at the Central Criminal Court, charged with murdering the 20-year-old at a footbridge in Tallaght almost three years ago.

All seven were re-arraigned this morning. The five men had their manslaughter pleas accepted by the State and their two co-accused had their pleas to lesser charges accepted. The jury was discharged on what would have been the 15th day of the trial.

Dale Creighton was assaulted on New Year’s Morning 2014 at the footbridge over the Tallaght bypass between Saint Dominic’s Road and Greenhills Road. The court heard that there had been an allegation that he had stolen a mobile phone.

The Tallaght man died in hospital the following day. The cause of his death was blunt force injury to his head and face.

The seven accused, who are in their 20s and from Tallaght, had all pleaded not guilty to murder.

The prosecution had been due to call its final witnesses this morning but, when the jury returned to court after the weekend, the prosecutor asked for each accused to be re-arraigned.

Dressed in a red suit, Aisling Burke was the first to be called. The mother of one pleaded guilty to violent disorder at the bridge that New Year’s Morning.

Graham Palmer had the murder charge put to him again. Dressed in a white shirt and black tie, he pleaded not guilty to murder, but guilty to manslaughter.

Dressed in a white shirt and pink tie, father-of-one Ross Callery also pleaded not guilty to murder, but guilty tomanslaughter.

Dressed in a grey suit and red tie, David Burke was next to stand to be re arraigned. He, too, pleaded not guilty to murder, but guilty to manslaughter.

James Reid was then arraigned on a new count. He was charged with having a knife, which had a blade or which was sharply pointed at the footbridge. Dressed in a blue shirt and tie, he pleaded guilty to its possession.

Gerard Stevens then stood to be re arraigned. Dressed in a white shirt and black tie, he pleaded not guilty to murder but guilty to manslaughter.

Jason Beresford was the final accused to be re arraigned in front of the jury. Dressed in a navy suit and red tie, he also pleaded not guilty to murdering Mr Creighton, but guilty to his manslaughter.

“Each has been re arraigned,” she explained. “Five of the accused have pleaded guilty to manslaughter and that plea has been accepted.”

She said their burden had now been lifted and their function was at an end. She told them they were free to go.

Seán Gillane SC, prosecuting, then mentioned that all but David Burke had been on bail, but asked that each would now be remanded in custody,

Michael O’Higgins asked for seven more days of bail for Callery, so the new father could get his affairs in order. Michael Bowman SC also requested seven days for his client, Gerard Stevens.

The court granted Aisling Burke bail until sentencing and she remanded Stevens and Callery on bail until next Monday, as requested. She remanded the others in custody and directed probation reports for Palmer, Callery, Stevens, Beresford, Aisling Burke and David Burke. She also directed a victim impact report.

She thanked the legal teams for their assistance in what she said was a difficult case.

“Even at this late stage, the court is pleased that these young people have all acknowledged their involvement,” she said, offering her condolences to Mr Creighton’s family.

They will be sentenced in December.