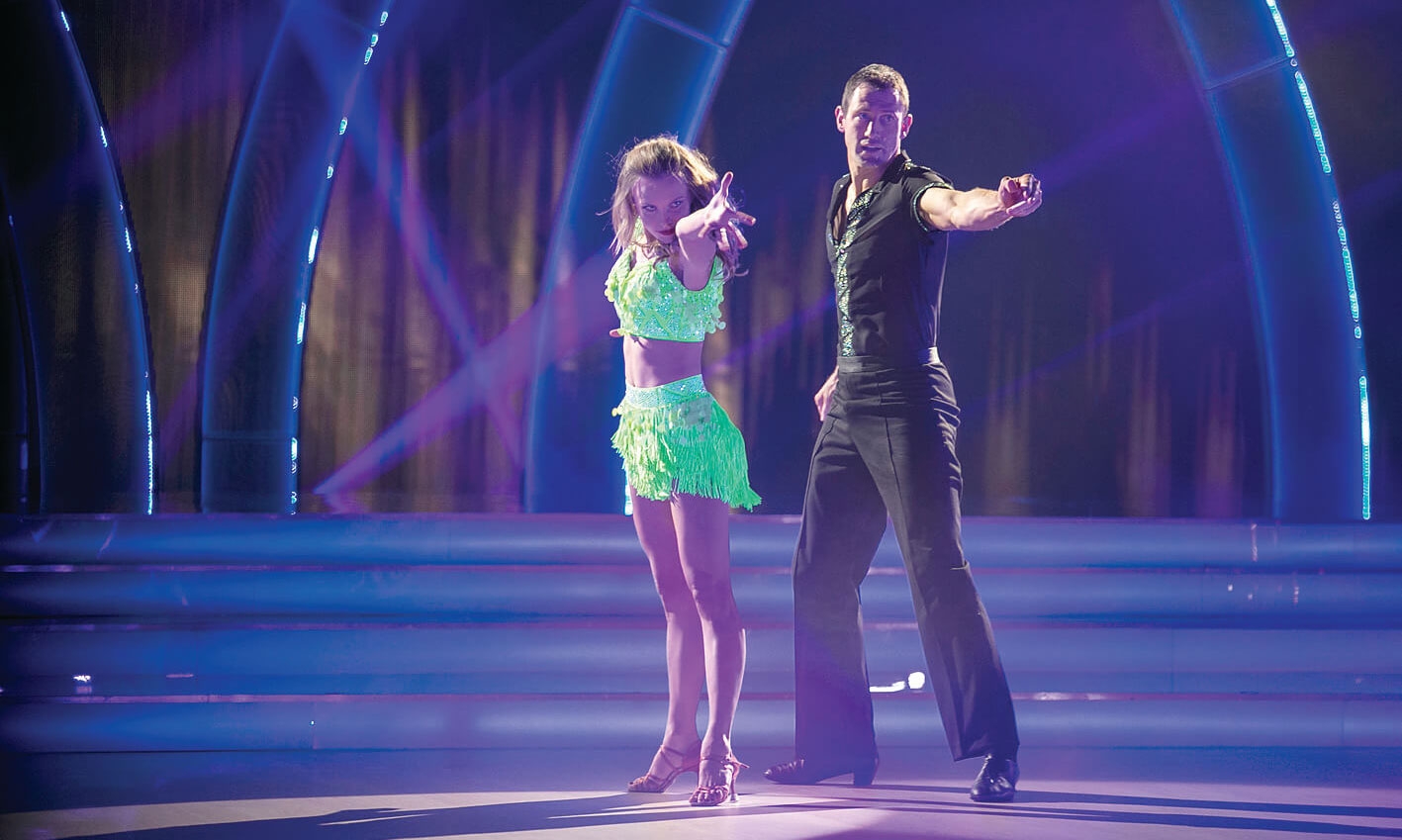 Dancing ‘stars’ move up a gear for contest

RTÉ’S Dancing with the Stars kicked up a gear this week with the first elimination of the series, however the two local celebrities and a local professional dancer who are participating in the programme are all through to the next round of the dancing competition.

Five-time All Ireland GAA champion Denis Bastick, from Glenview in Tallaght, employed some swift footwork when he did a speedy cha-cha-cha to David Guetta’s remix of ‘Promises’ by Calvin Harris and Sam Smith alongside his dance partner Valeria Milova.

Denis said that the dance was “difficult and quite technical”, but that in the end the duo “got through it”.

Judge Brian Redmond commented: “For me it was a bit dance-y by numbers, it didn’t have the freedom we wanted.

“You brought a masculine edge to the cha-cha-cha, this was the best cha-cha-cha we had so far.”

Judge Julian Benson added: “It was strong, intense, masculine cha-cha-cha. You’re a man after my own heart. I loved the Vogue section, you changed it up – overall, well done.”

Denis and Valeria received a score of 17 from the three judges.

Greenhills man Johnny Ward, whose acting credits include ‘Love/Hate’, ‘Fair City’ and ‘Copper Face Jacks: The Musical’, took to the stage as the last performer on Sunday’s show, where he danced the foxtrot to Niall Horan’s ‘This Town’ alongside his dancing partner Emily Barker.

When host Nicky Byrne asked Johnny if he was feeling any pressure after being top of the leader board last week, Johnny said: “Yeah you do, but with the foxtrot it’s like starting all over again.

“I took on board especially Brian’s comment, about studying the characteristics of the dance. Myself and Emily, we worked really, really hard on it.”

Johnny and Emily got a mixed response from the judges, with Julian praising his performance, saying: “This was a brave and bold foxtrot, not what we expect from a traditional foxtrot, but I threw out the rulebook years ago, and I loved it. You brought it into the 21st century.”

The three judges gave Johnny and Emily a score of 19.

Professional dancer Karen Byrne, who is from Ballyfermot and is a past pupil of St Dominic’s College, has been paired up with fashion supremo Darren Kennedy and together they performed a lively jive to ‘Fun, Fun, Fun’ by The Beach Boys and the Philharmonic Orchestra.

Karen Byrne having fun with Darren Kennedy. Photo by kobpix

The duo scored a lukewarm 14 from the three judges.

The next episode in the series will be on this Sunday, January 27, at 6.30pm on RTE One.