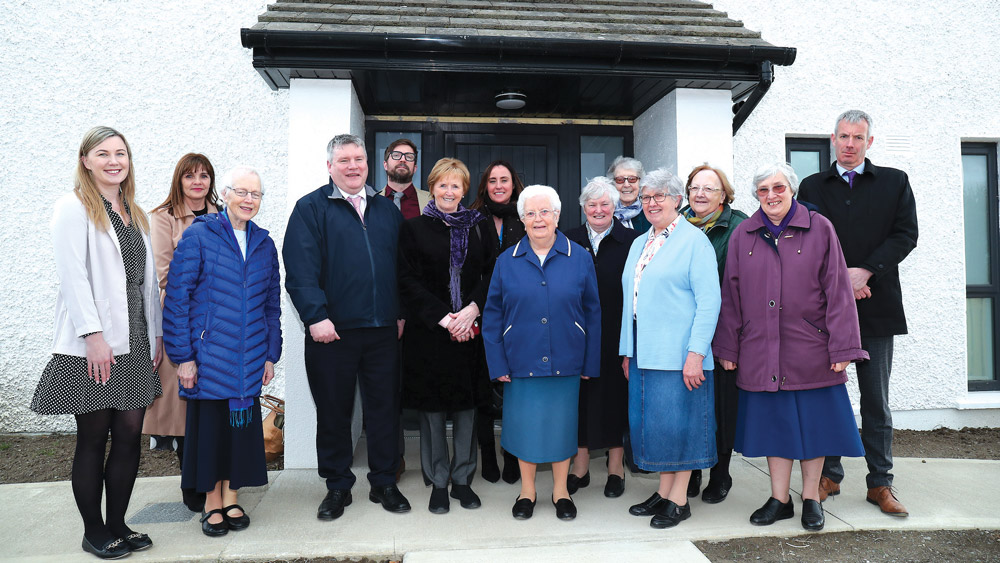 Daughters of Charity donate lands and buildings to Sophia

THE national supported housing charity, Sophia, have opened much needed family homes in Tallaght this week on land donated by the Daughters of Charity which will “make a positive difference” to the lives of families in the area

Sophia provides homes with supports to people who have experienced homelessness, supporting over 1,000 individuals, couples and families each day across the country. On Tuesday, April 12, an event was held to officially open the new houses.

These new homes are being provided as a result of a donation of land and buildings by the Daughters of Charity to Sophia.

The Daughters of Charity spent 30 years living and working in Kilinarden having been at the centre of community development since the eighties. When the sisters left, they wanted to continue their legacy of supporting residents and saw in Sophia a partner who could provide homes with supports to those who needed it most.

Speaking at the event, Sophia Founder Jean Quinn DW said: “For 25 years Sophia has been providing unique supports to families in Ireland, here in Tallaght those supports are needed now more than ever. 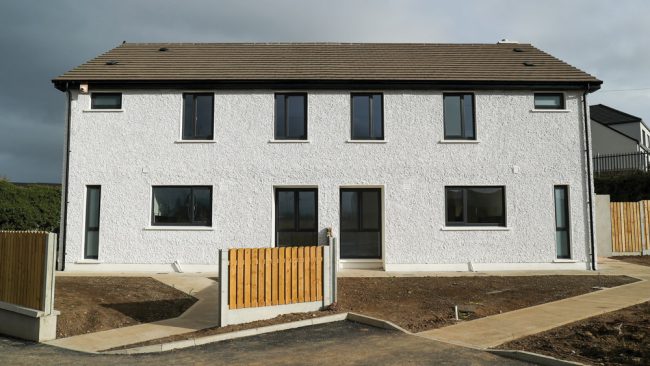 The new Homes opened in Tallaght this week

“By opening these new homes, we will continue to make a positive difference to the lives of families in Tallaght”

Sophia has been supporting people in Tallaght for 16 years and in 2021 the housing charity supported 72 people in the area to have homes of their own. The Sophia model of care provides wrap around supports to people who need more than a home, in Tallaght 44% of those supported by the charity have a mental health support need with 28% dealing with an addiction.

Both mental health and addiction can be causes of homelessness, however due to the supports provided by the charity no one supported by Sophia in Tallaght returned to homelessness last year. 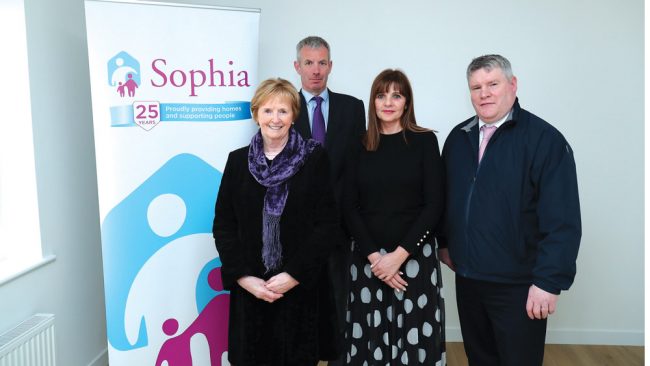 Niamh Cullen, Head of Services for Sophia, commented: “Sophia prides itself on providing quality supports that are trauma-informed and are adapted from housing first. These supports value the person and support that person and that makes Sophia unique amongst homeless providers”

South Dublin County Council have been working with Sophia to provide homes across the county, with new homes opened last year in Clondalkin. The latest homes to be opened in Tallaght mark a continuation of a partnership that has been successfully housing people since 2006 and families are expected to move into their new homes in the coming weeks.