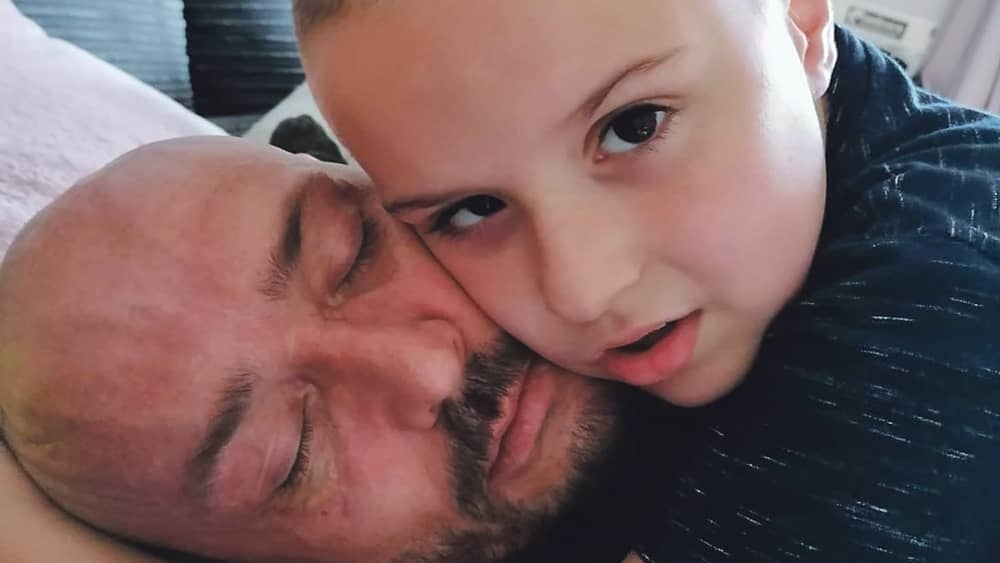 A FATHER is desperately pleading for help for his son who suffers from severe autism, as he says that he is not receiving the support he needs.

Bradley with his dad Derek

Derek, who is from Cushlawn in Tallaght but currently lives in Sandymount, and his partner Susan say that they have to restrain Bradley and lock the windows even if they go to the bathroom as he will try and throw himself out of them.

“Bradley has no sense of danger. He tries to jump out windows and he put his foot through an oven door last year - that shows you the strength he has. He has also split my head open twice,” Derek told The Echo.

“We are not getting any help at all. What am I meant to do? I have to restrain him, because he is a danger to himself – he is trying to bite his fingers off. I would rather get killed than let him do that to himself.”

Derek explains that they have tried endlessly to get help for Bradley and his needs and behaviour but have not been successful.

After waiting for three years to get Bradley assessed, Derek and Susan decided to take out a credit union loan to go private for the assessment.

Derek added: “We were entitled to respite last year and then we got refused respite because with Bradley’s condition, he falls into different services in the Mental Health Act, and they do not have anywhere in this country to facilitate him.”

Bradley is in an ASD Unit in Dalkey, but Derek says that because of his behaviour towards his SNA and classmates the school have been onto TUSLA to try seek help.

Bradley says that they have tried everything that has been suggested and are looking for a direction to go in as they are left helpless.

“The last five years we have been prisoners in our own homes – how can I go out and him have a meltdown? I can’t.”