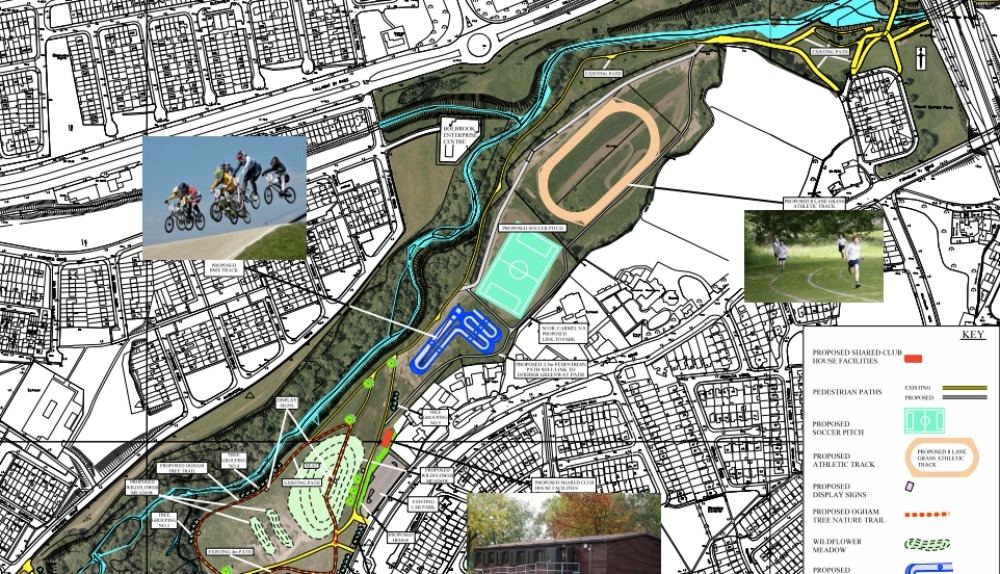 Firhouse residents who want their voice heard in relation to the new Mount Carmel Park have until this September to add their submissions.

The final stage of public consultation for the proposed development of Mount Carmel Park is now open, with the first images of the proposed plans now available.

The development would see several new features including an eight-lane grass running track, a BMX track, a signed nature trail, a new grass soccer pitch and an extension of the existing pathway system.

The athletics track is to the rear of Scoil Carmel national school, which will be used by pupils during school hours.

The grass pitch will be built alongside proposed shared changing rooms and clubhouse facilities. The extension of the existing pathway system is to maximise the use of the park – which is now connected to communities on the far side of the Dodder via the new red bridge.

You can send your submissions in writing or online up until the Closing Date of 5pm on Monday 21st September 2017.

Anyone can purchase or view the plans and ask questions on the proposed changes from Thursday 22nd June 2017 to Friday 4th August at the following locations: