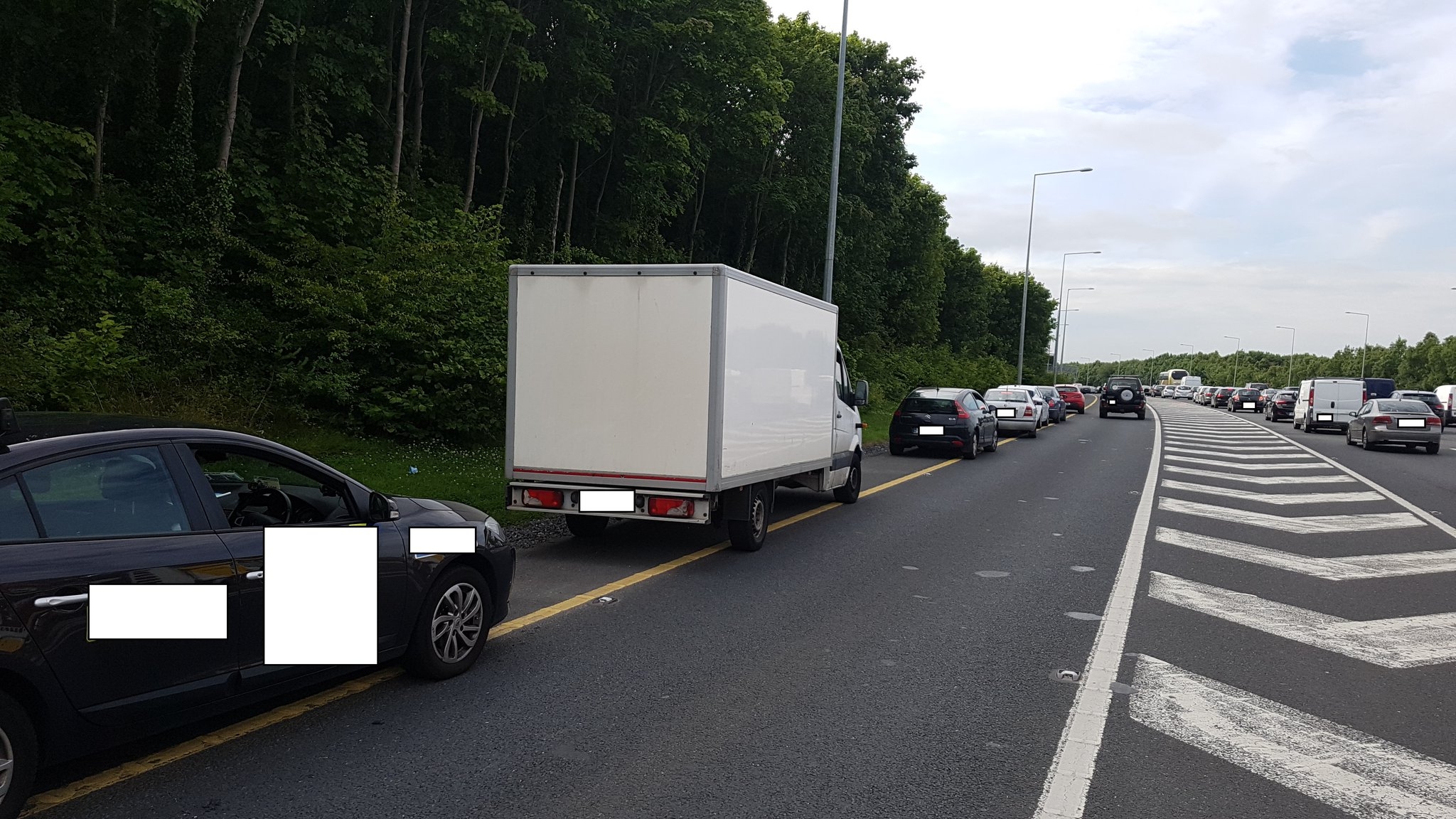 Cross the hatch and Gardai will catch you!

That’s the message to drivers after Gardai stopped 20 vehicles crossing the hatched markings on the M50 yesterday morning.

The 20 motorists using the Tallaght slip road on the northbound carriageway on Wednesday morning were issued with a fixed charge penalty notice, and all 20 also received one penalty point.

Crossing hatched markings on roads is prohibited, whether merging with traffic or leaving traffic via a slip road.