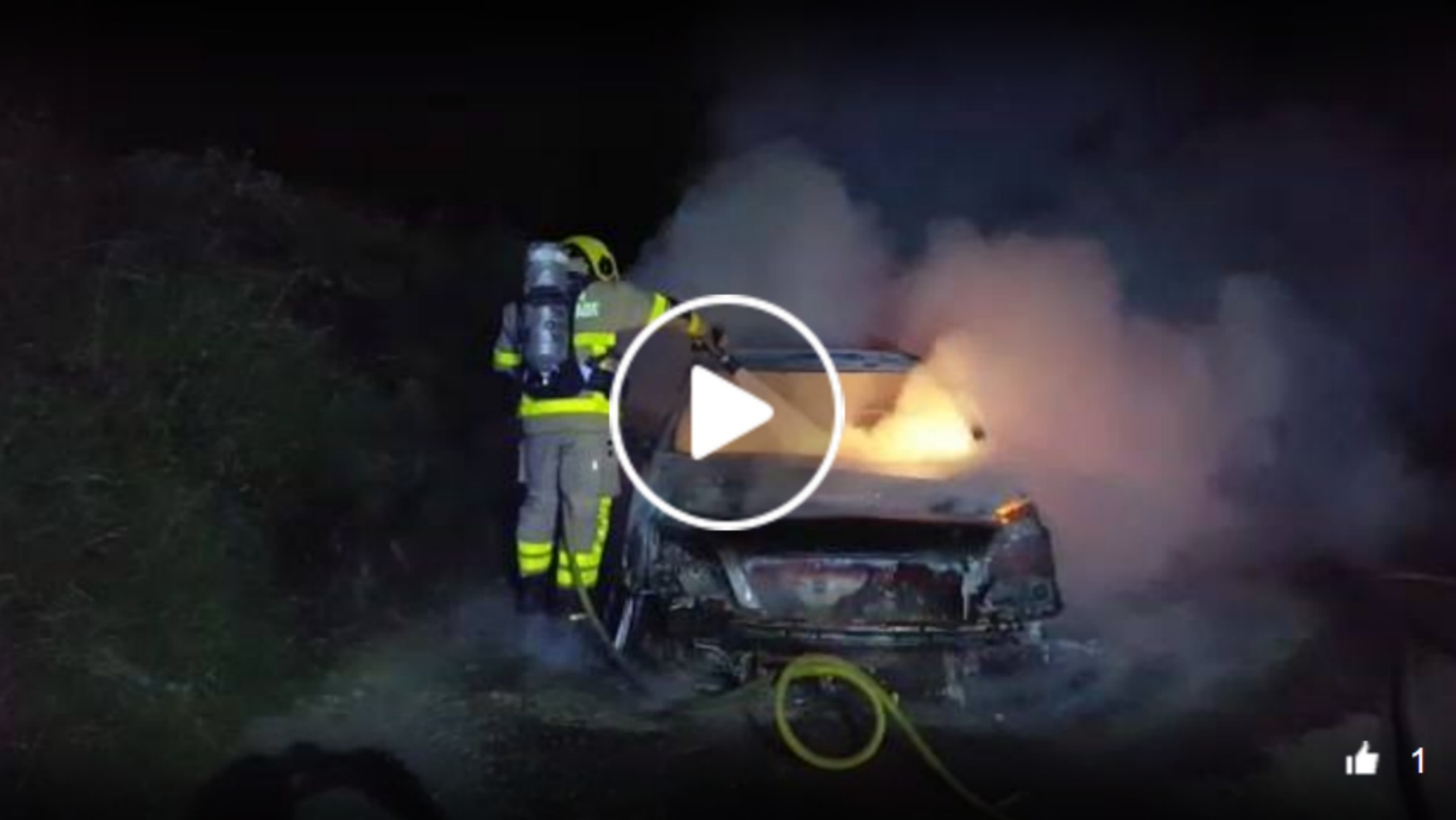 DFB issue warning to the public after car fire in Saggart

Dublin Fire Brigade have issued a warning to the public after a car fire in Saggart last night – with the emergency service warning people never to attempt to extinguish any vehicle fire themselves.

According to DFB, many cars contain metal alloys, including magnesium, which react dangerously when exposed to water.

Although the chances of the fuel tank exploding “is largely a myth”, DFB said a leak from the petrol tank is a possibility, while explosions are likely to be the “gas struts on the boot/bonnet and the tyres exploding”.

In a statement from Dublin Fire Brigade, they said: “Unfortunately a fact of life is we deal with a number of car fires, but we can’t be complacent.

“A lot of cars contain metal alloys, including Magnesium, which react dangerously when exposed to water. We wear protective equipment so our exposure to this danger is limited.

“Stay well clear, upwind out of the smoke. The chance of the fuel tank exploding is largely a myth, but there is a possibility that the tank may leak slightly.

“There will be a number of explosions, they are likely to be the gas struts on the boot/bonnet and the tyres exploding.

This car fire was ‘A’ Watch Tallaght’s recruit, Conor, first car fire. He even got to take a small souvenir home with him …. melted aluminium from the shocks.

“We suggest it finds a home on his mantel piece.”