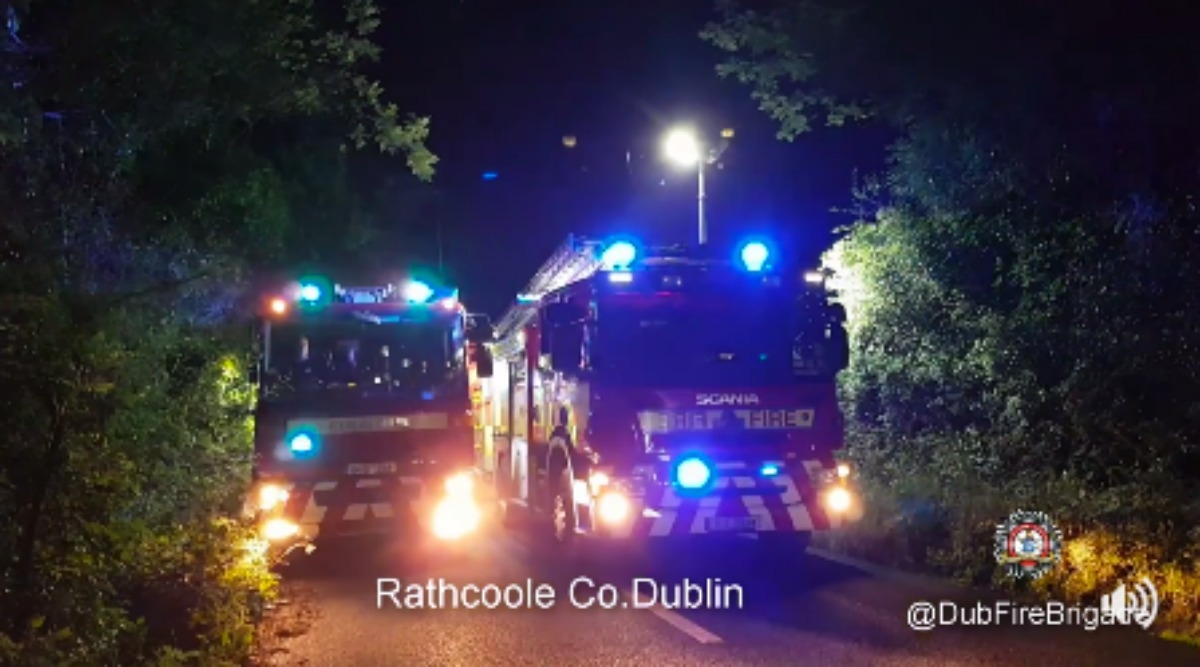 In total, DFB sent three fire engines to the blaze.

According to the emergency service the fire involved large amounts of grass, trees and hay.