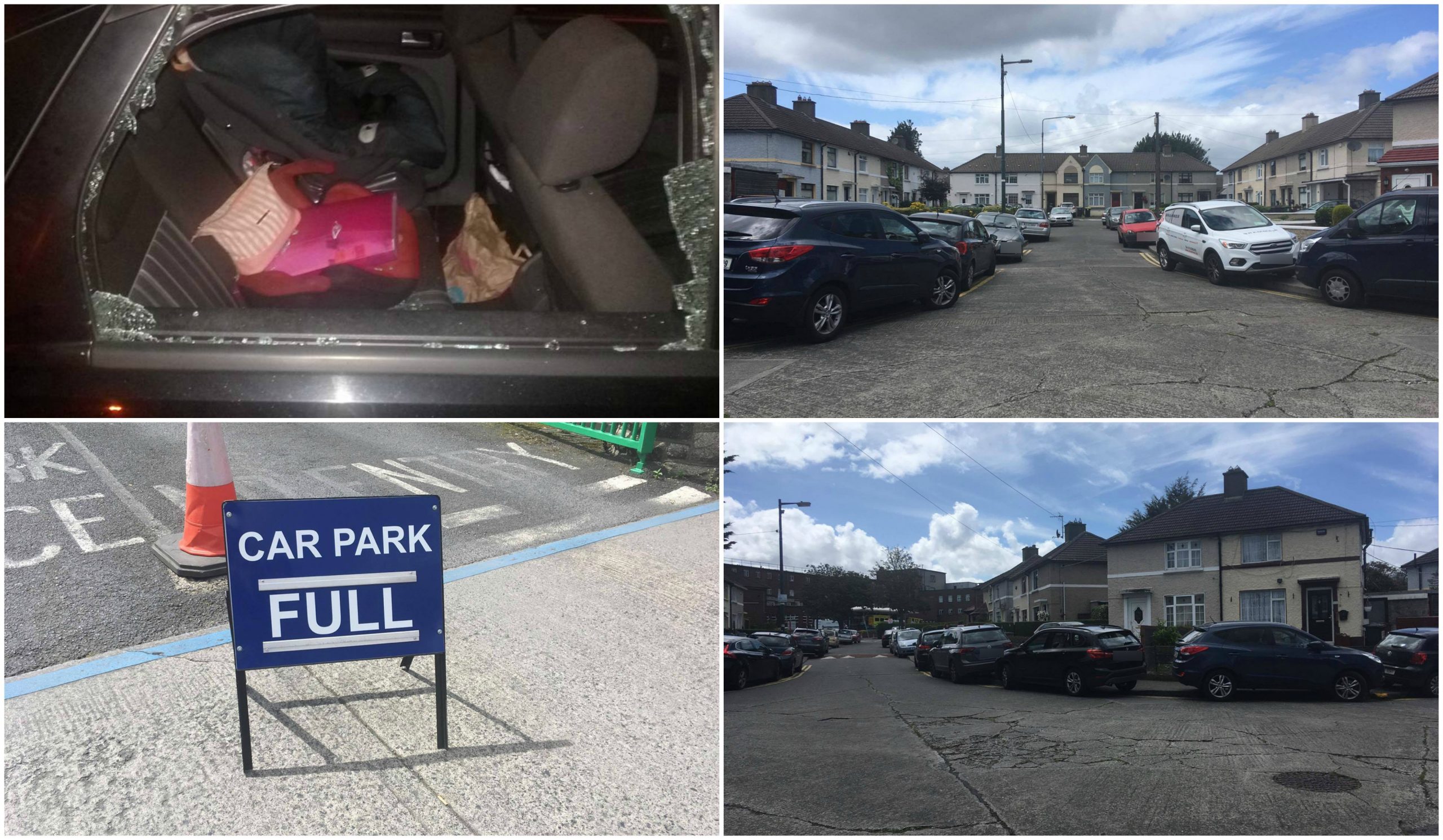 A mother of a girl with cystic fibrosis has hit out at the lack of affordable parking facilities and spaces in Our Lady’s Children's Hospital Crumlin after her car window was smashed while parked outside of the entrance.

Mother-of-three Hazel Robinson stepped outside of the hospital earlier this month to find that her right rear window was smashed in after parking on Cooley Road.

Her daughter Gypsy Anne (15) is regularly admitted as an inpatient to treat her Cystic Fibrosis.

Hazel said that it is usually left to locals to provide parking spaces for parents of ill children. She said: “People in the area must be so stressed with the cars, but they are still so nice.”

She said that residents had told her that broken glass from attempted break ins are a regular sight in the area.

While the hospital provides a scheme whereby parents of children staying for more than 10 days at a time can pay €36 for the first week and €10 after, Hazel said this is simply unaffordable for her.

Speaking to Echo.ie, Hazel explained her situation: “Gypsy is admitted two to three weeks out of the month. I have two small boys and I’m between Longford and Crumlin for most of the month.”

She described the financial toll that parking at the hospital took on her: “It’s €20 for diesel per trip, then there’s the toll booth charge, the parking and food. Gypsy Anne has been in and out of hospital for 15 years and hates the food.”

Hazel said the cost of repairing the broken window was €140, which her brother assisted her with.

Since posting about her incident on Facebook, the mother-of-three and People Before Profit member said she had received several messages of support. She said: “I’ve had so many offers of parking spaces from people living nearby. People have been great.”

Visiting the area this week, Echo.ie spoke to residents living in the surrounding estates. One woman living on Sperrin Road, who did not wish to be named, said the problem was affecting hospital staff.

She pointed to what she could recognise as staff cars parked along Sperrin Road, saying: “This person parked on the road, but it blocked my entrance.”

She continued: “I did give him the option to park in my driveway, but he didn’t finish work until 10pm or sometimes 12am some nights. I would be in bed and I’d have to move the car to let him out.

“So he obviously found parking elsewhere, but he was stuck and you could sympathise with him.”

Locals also reported that clampers – aware of the problem parents face – appear to turn a blind eye to the dozens of cars parked on the double yellow lines along Cooley Rd.

In a statement to Echo.ie the hospital acknowledged that parking is limited, particularly between 9am to 4pm.

A spokesperson said: “There is one general patient/visitors car park located at Entrance1 at the Main Outpatients Area on Cooley Road.  An external management company manages all car parking on site.

“We advise families not to park their car on yellow lines or on public footpaths outside the hospital as their car maybe clamped. This is in the interest of safety and to ensure the flow of traffic around the hospital.”