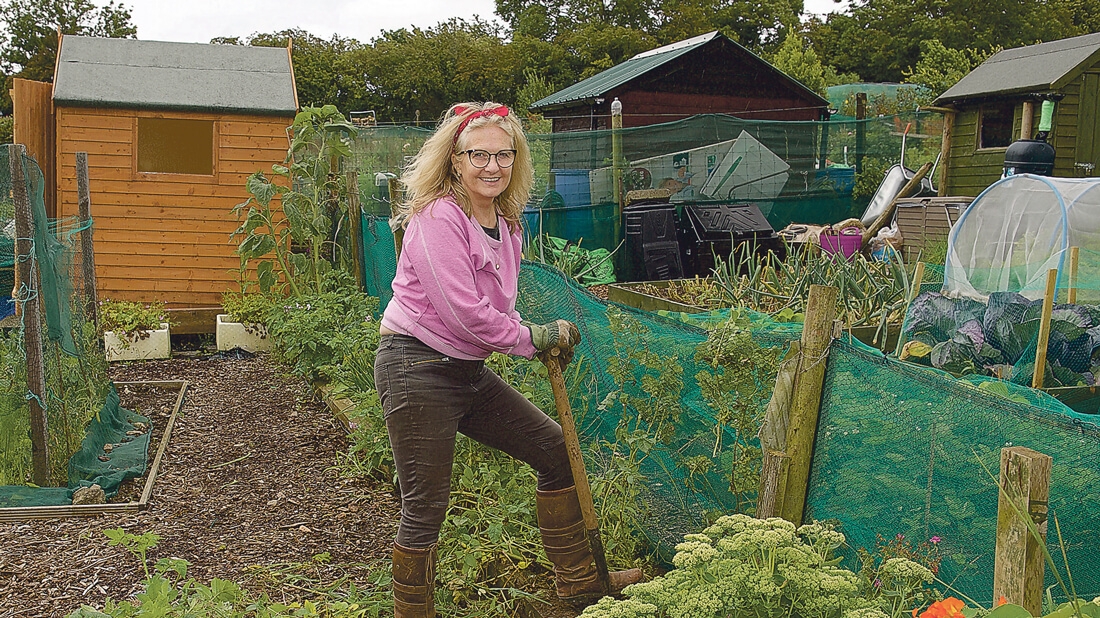 Digging for the good living

THE blooming great benefits associated with growing your own food were showcased last weekend, when the annual Friarstown Allotments Day was staged.

Located in Bohernabreena, the Friarstown Allotments consists of 300 plots, with a diverse selection of fruit and veg grown on site, alongside a number of proactive eco-friendly initiatives.

Living in Clondalkin, Pat O’Rourke has been an allotment holder in the South Dublin County Council-owned allotment scheme for the past five years.

He is also the Secretary of the South Dublin Allotment Association.

Pat told The Echo that over the years he wasn’t into gardening or growing his own food.

However, when redundancy struck, he was looking for something to do – and the outdoor nature of having an allotment appealed to him.

“It’s also great exercise and you get produce you’ve grown yourself at the end.

“You’re also controlling how [your food] it grows.

“It’s free from any pesticides or insecticides . . . and grown in a way that also supports the local bio-diversity.”

Pat grows a variety of all fruits and vegetables, and, after a summer berry yield, is currently harvesting the first of his summer potatoes. After the potatoes have been harvested, Pat’s winter cabbages will go down.

Alongside growing, the allotment holders in Friarstown are also sowing sustainability, and have introduced a number of initiatives to support bio-diversity.

An orchard was planted at the top of the allotments last year by members, with 65 young trees growing into what is called a community orchard – which can be used by all plot holders.

Members also planted 3,000 hedging slips which, provided by Trees on the Land, is supporting bio-diversity, including birds and bees.

At the open day last Saturday, a talk on composting and a visit from a Climate Ambassador and a local beekeeper were included in the day’s schedule.

There was also best-in-show competitions for vegetables, fruits and preserves, such as jam.

Believing that allotments play an important role in urban areas, Pat said: “One of our aims is to encourage the council to have even more plots in more areas . . . and to encourage people to take ownership.

“Up in Friarstown we have a number of events throughout the year [like plant and seed swaps] where everyone gets to know each other.

“We are building a small community, which helps each other out.”

It is also hoped that a small educational facility could be developed at Friarstown for members of the wider community, and schools, to visit and learn about growing food.

With 300 plots, Friarstown is the largest of South Dublin County Council’s allotments – with the local authority also planting allotments in Corkagh Park in Clondalkin, Tymon Park in Tallaght and Mill Lane in Palmerstown.