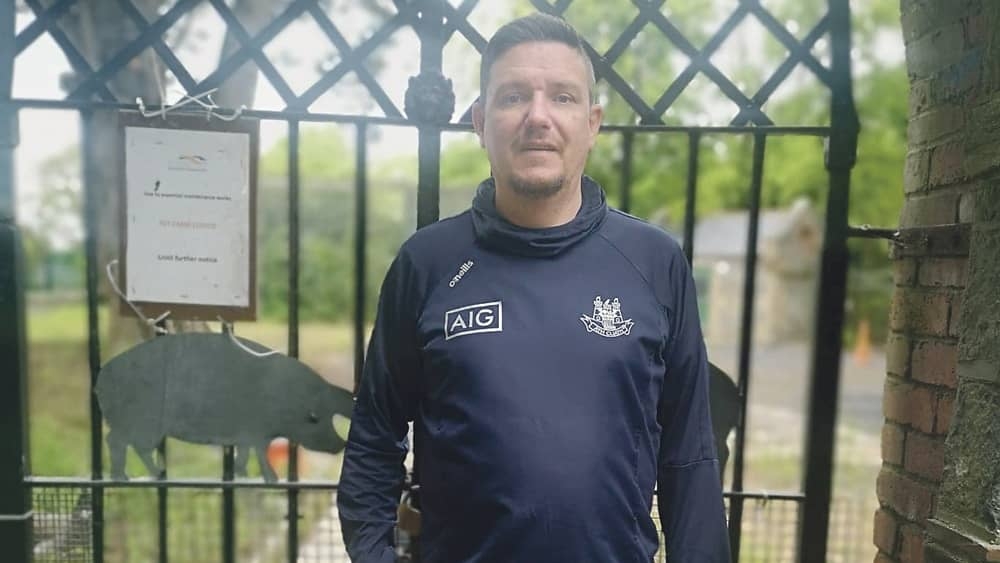 THE pet farm in Corkagh Park has been permanently closed, but South Dublin County Council will consider reintroducing it as part of the multi-million masterplan for the park.

In recent years, the pet farm was closed to facilitate works, with restricted access to one of the aviaries.

Mark Ward, TD outside the Pet Farm in Corkagh Park

“However, as part of the feasibility study to look at the tourism potential of Corkagh Park the pet farm was not identified as one of the facilities to be retained,” said the local authority.

In 2019, plans for a €5.5m project were announced by the council to enhance the visitor experience at Corkagh Park, which could see the introduction of markets, a café, and an indoor facility to stage events.

TD Mark Ward (SF) expressed disappointment that the pet farm has been closed, urging the council to “reconsider this decision”.

“The response I got from the council does not outline what plans they have for the pet farm site, so this adds to the disappointment,” said Deputy Ward.

“Over the years the pet farm has been a wonderful amenity. I personally visited it countless times with my own children and my parents.

Cllr Peter Kavanagh (Ind), had a motion at the recent area meeting, to ascertain the “animal welfare” of the remaining birds, who have been moved to the aviary in Marlay Park – which is managed by Dún Laoghaire-Rathdown County Council.

“It is always disappointing when something is closed that kids enjoyed, but I have seen the masterplan for Corkagh Park and there will be other opportunities,” said Cllr Kavanagh.

“The masterplan is still on track, there has been a delay with Covid, but a focus was put on it in the council’s capital expenditure budget.

“Hopefully it will role out as soon as possible, but there is a lot of planning and studies to be carried out when you have all of this habitat and bio-diversity. It will be a massive overhaul for one of our biggest parks.”

Plans have been in the works since 2016 to rebrand and enhance the park as a major regional destination, with improved biodiversity, heritage, and accessibility.

Among the proposals listed for revenue opportunities, are a year-round all weather destination to facilitate family entertainment events, the provision of space for markets and a semi-permanent café within a designated park plaza.

NEWER POSTSocial housing projects are up and running after easing of restrictions
OLDER POSTApril Sports Star of the Month: Ellen Walshe