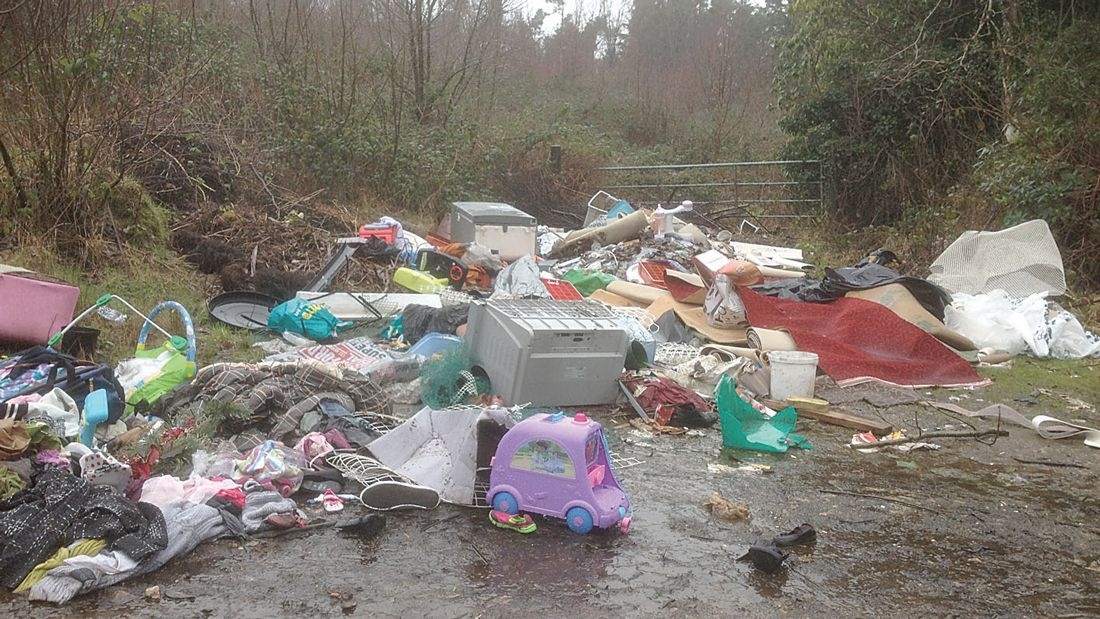 RECENT figures released by environmental project Pure (Protecting Uplands and Rural Environments) show that last year the project recorded its lowest amount of illegally dumped waste, which they collected from the Wicklow and Dublin Mountains.

Last year 150 tonnes of illegally dumped waste were removed by the project which, when compared to 2009 when 244 tonnes were removed, is a 56 per cent reduction – and this marks the third consecutive year where the level of illegal waste collected by Pure has decreased.

Some of the rubbish dumped

A significant quantity of the waste that was collected last year was removed by participants in the Pure Mile competition.

The competition saw over 450 miles of the uplands being looked after by volunteers and community groups in a bid to combat fly-tipping and keep the local area clean, and also included litter pick-ups in Cunard and Piperstown in Bohernabreena.

Ian Davis, the project manager of Pure, said: “Illegal dumping is not unique to the Wicklow/Dublin uplands, however, most regions in Ireland are currently reporting an increase in illegal dumping, the Pure Project is now recording a decrease.

He believes this has helped to achieve the reduction in illegally dumped waste.

More information on PURE can be found at Pure Project, and to report dumpers and dumping lo-call PURE on 1850 365 121.