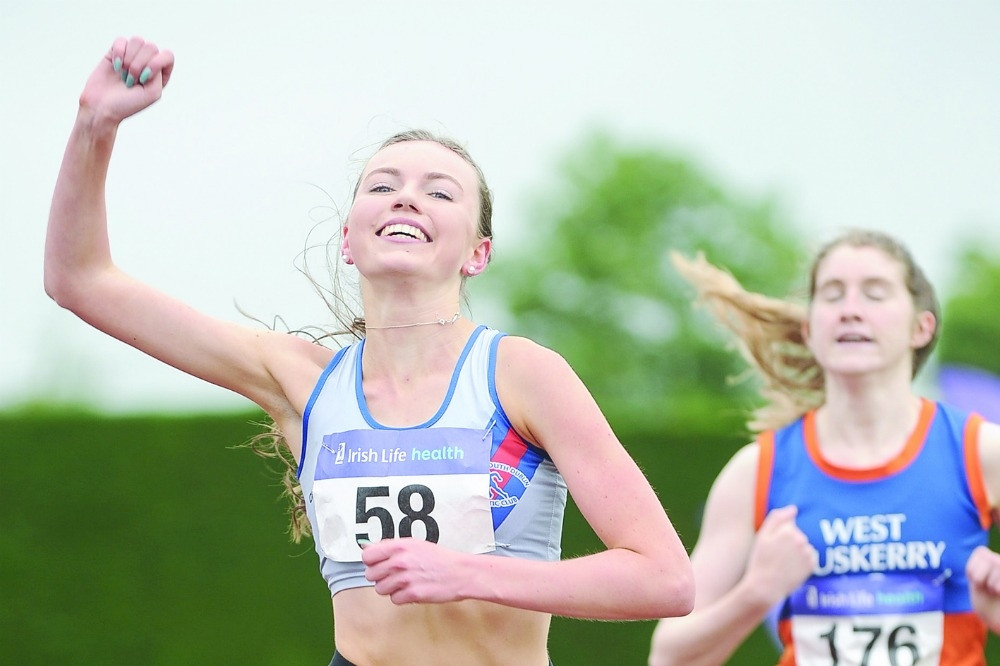 DSD deliver in Junior and Under 23 C’ships

IN THE Irish Life Health Junior and Under 23 Championships, DSD’s Sarah McKeever cleared a height of 3.95 for the Under 23 Women’s Pole Vault title.

Her clubmate Jodie McCann took gold in the Junior Women’s 1500m after an exciting finish that saw her fend off the strong challenge of Stephanie Cotter from West Muskerry while Aengus Meldon emerged third from the Under 23 Men’s 800m in which less than a second covered the top four finishers.

There was also a strong DSD presence on the Junior Men’s 1500m podium with Luke McCann and James Maguire finishing second and third respectively behind Leevale’s Charlie O’Donovan with Rathfarnham’s Cillian Doherty in fifth.

And it was very nearly a DSD clean sweep in the Junior Women’s 400m with Mollie O’Reilly taking gold and Niamh Gowing bronze while Katie Magee finished sixth.

Joseph Ojewumi was pipped for the Junior Men’s 100m title by Gowran’s David Murphy, crossing the line in 10.77 seconds with Donore Harriers’ Paul McDermott fifth in 10.97.

There was a third place finish for Dylan Keegan of Templeogue AC in the Under 23 Men’s 5000m while in the Junior Men’s 400m, Tallaght’s Simon Essuman fished sixth.