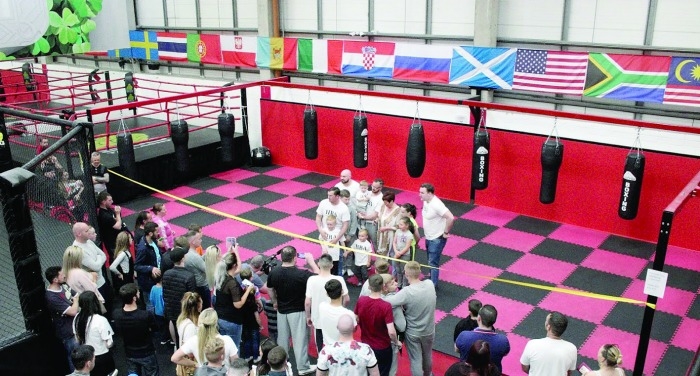 THE HYLAND Boxing Academy (HBA), based in SBG Tallaght, has enjoyed a hugely encouraging start.

Officially opened last month, the IABA-affiliated club is already catering for more than 80 members of all ages and abilities.

It is a project which head coach Paul Hyland has fully embraced as he looks to introduce more people to the sport.

“My main ambition is to just help people, show kids that there is a different step in life and that they can make something of themselves,” Hyland told The Echo.

“We treat everyone the same, doing the routines and, while we do try to push some of the teens a bit more, you have to be aware of whether or not they’ve boxed before.

“I am delighted with the response that we’ve had to the setting-up of the academy.

“My father [the late Paddy Hyland] really did all the work. He got us into boxing and set the bar.

“We just followed his instruction and now, with all our experience, we hope the kids can look up to us having seen how well we’ve done both in amateur and professional boxing.

“Hopefully we can produce some champions. That’s what we’d love to do, but our priority is to get kids off the streets and show them a different way of life.

“The facilities they have here in SBG are unbelievable and I couldn’t believe it when I was approached to set up a new academy. It was a great opportunity,” he added.

Hyland together with his brother, two-time world title challenger Patrick Hyland, is spearheading a strong coaching team that also included former Crumlin boxer Justin Johnston along with Dave Roche who has an MMA background, while John Shiel is set to come on board.

Open for training on Monday, Wednesday and Friday evenings, the new HBA may well be represented by a couple of boxers in next month’s National Senior Cadet Championships.

“A couple of our boxers have been fighting for three or four years and it’s better if they get the experience of competition and of knowing what it’s like to have us in their corner” said Paul.