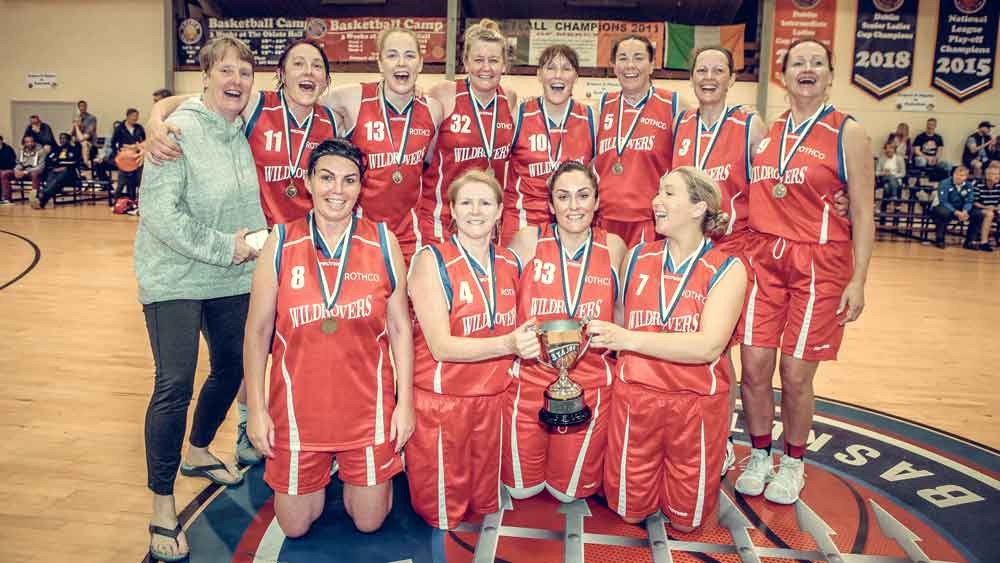 Dublin Masters International back in the community

THE 8th Dublin Masters International Basketball Tournament is back this weekend, with a record 45 teams competing across five age categories.

This year’s event will encompass no less than 82 matches that will run over four venues, namely the Oblate Hall, Inchicore Sports Centre, National Basketball Arena and Coláiste Bríde in Clondalkin with the main finals taking place on Sunday from noon to 5pm in the Oblates.

There is free entry to all games in this tournament which will bring more than 400 people to Dublin for what has grown to become one of the highlight weekends on the Irish basketball calendar.

Twelve teams will compete in the Men’s 40+, including Team BNAF, a side of top Irish players from the past and present, New York City from USA and 78ers – a strong squad of former Irish underage internationals – and Spanish outfit, Triple Doble Murcia.

In the Over 40 Ladies, Wild Rovers who have dominated this competition in recent years will be pushing for their seventh straight title.

Yet previous finalists, Mustangs, with the incredibly talented Siobhan Kilkenny leading the line, will be hoping to knock Rovers off their perch as will Drimnagh outfit, Oblates who have been unlucky not to win the title in recent years.

This year’s National Cup champions Midlands are sure to put in a good show too, while, from overseas, the FIMBA GB40 team will be using the tournament as preparation for the European Masters Championships in Malaga in June.

The Men’s 50+ division will see six teams contest, what is sure to be, a very tight competition.

Previous winners DM Ballers will face a stiff challenge from Dublin Lions who boast a number of the 50+ National Cup winning squad.

A new category introduced this year is the Women 50+ for which four Irish sides will be joined by two teams from the UK with very little between the six.

That said, Glasnevin, who won the very first Dublin Masters title back in 2013 and Dublin All Stars appear to be the teams to beat in this section.

This year’s Men’s 60+ will have five teams battling it out, including Irish sides Shannon Dodgers and Celtic Warriors, together with FIMBA GB65 and FIMBA GB70 from Great Britain and New York Gunners from the USA.