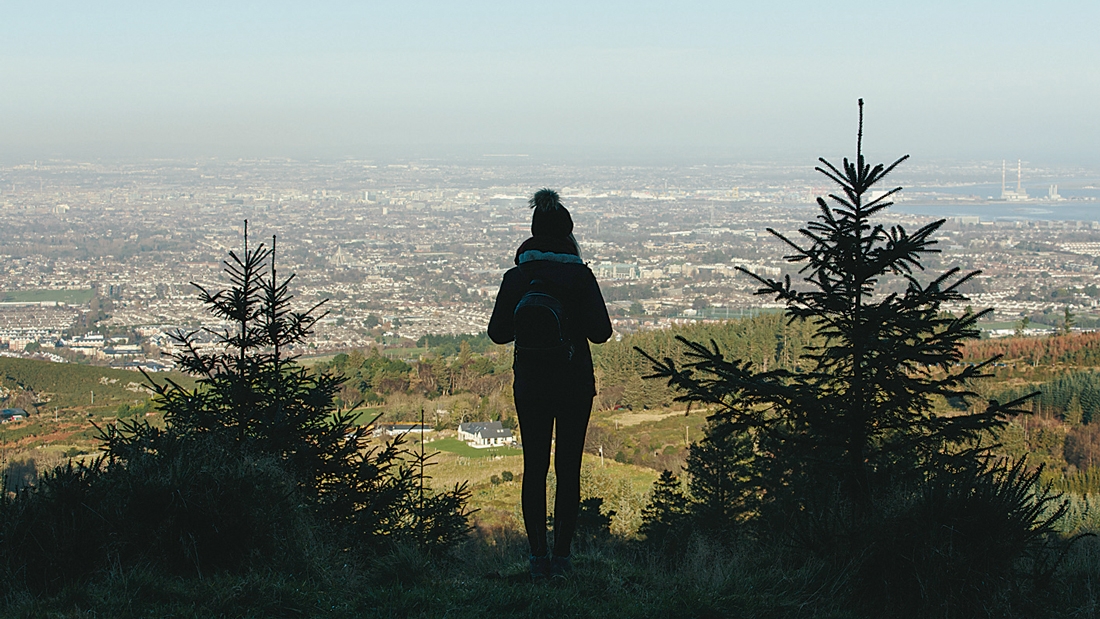 THE Dublin Mountains is undergoing a makeover that will see nine Coillte forests transition from commercial use to fully recreational purposes.

Starting this Monday, June 29, the Dublin Mountains Makeover will be the largest forest transformation project of its kind to ever take root in Ireland, with works continuing over a number of years.

A beautiful view of Dublin City from the mountains

According to Coillte, work will begin this summer and will continue for many years, with the transformed forests having significant benefits for biodiversity and public health and wellbeing for generations to come.

The Dublin Mountain forests are visited by more than 600,000 people every year, with Ticknock seeing over 550 visits a day.

Until now, Coillte has managed these areas primarily for commercial purposes.

However, the transformation will see a greater emphasis on Continuous Cover Forestry and, in areas where this approach isn’t possible, the replanting of native woodland.

According to Coillte Nature : “This will enhance and create habitats for wildlife, enrich their recreational appeal to people and improve the wider landscape’s aesthetic value.”

Coillte Nature added: “When the first of Coillte’s Dublin Mountain forests were planted between the 1940s and 1960s, the city was a distant concern.

“However, the population and urban sprawl has significantly grown since then.

“Due to Dublin city’s growth and the significance that these forests have for the urban population, it is important now to increase the recreational amenity value.

“Using a mixture of management approaches including Continuous Cover Forestry (CCF) and native woodland planting (R&R) will create a mosaic of forest types that will increase the species, age and structural diversity of the area.

“This will make the forests better for people and better for nature, ensuring beautiful diverse forests for generations to come.”

Tansforming the forests will take time and will involve the diversion or temporary closure of some trails.

“It will be a slow and careful process, conducted in a way that minimises disruption to today’s recreational users, while locking in benefits for nature and the landscape that will be enjoyed by generations to come”, Coillte Nature said.

“We’re asking everyone who loves the forests to endure some short term pain for long term gain, so that we can create beautiful, diverse forests for the future.”

This Monday, works will commence in the Ballyedmonduff forest, which lies on the far side of Ticknock.

In recent weeks, more than 13,000 brochures have been delivered, with support from An Post, to homes in South Dublin.

Due to current restrictions, not every home has yet received a project brochure.

Coillte will also be keeping members of the public updated on the ongoing project, which has been developed with the Dublin Mountain Partnership, across its social media channels.

Signage will also be erected in forest areas as work progresses.