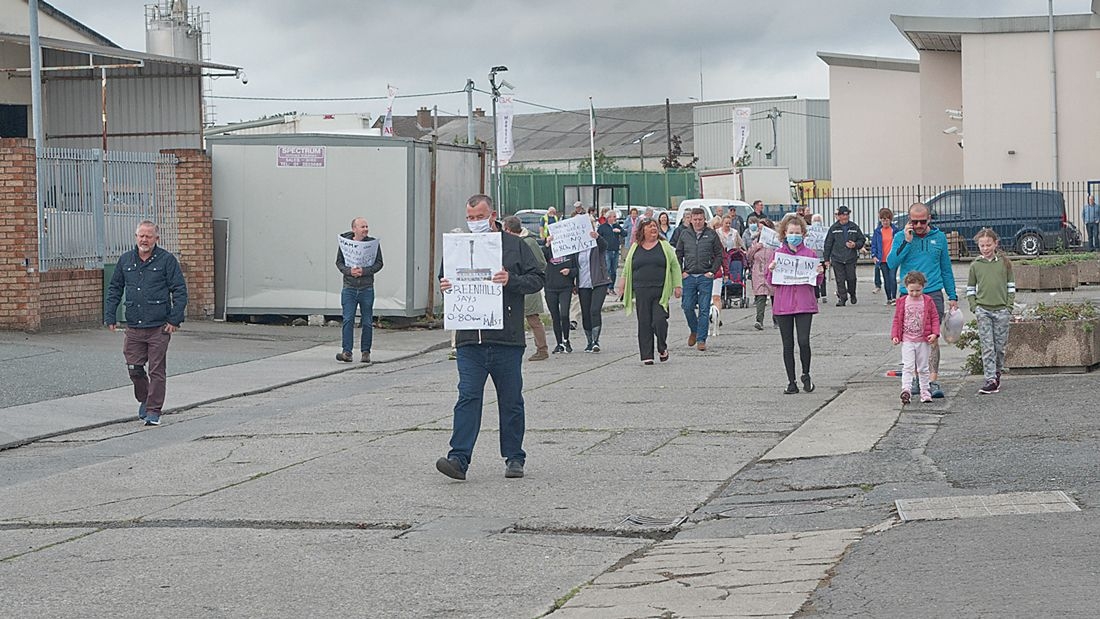 OVER 40 people attended a protest against plans for the erection of a 24-metre-high phone mast at IS Varian and Co in the Greenhills Industrial Estate on Monday.

The plans have attracted 14 third-party submissions, including from local residents and politicians, with many citing concerns about the height of the mast, the potential noise issues it could cause, potential health issues, and several of the submissions stated the phone mast would be “an eyesore”.

A Greenhills resident who lives near the site of the proposed phone mast, and who asked to remain unnamed, told The Echo: “Three want to put up a 24-metre-high phone mast in Greenhills, but the land they’re planning to put it on has a five-metre laneway separating it from St James’ Road.

“If it’s put there, it will tower over all of the houses, and it will be seen as far as the Holy Spirit Church.

“A lot of residents have submitted objections, and so have politicians across a number of parties, and we’re hoping that it will stop the mast being put there.

“We’re concerned that the mast will emanate noise, that it will devalue our houses and that it could affect our health.”

A decision on the planning application for the phone mast is due from South Dublin County Council by July 18, while submissions on the plans are being accepted until this Friday, June 26.