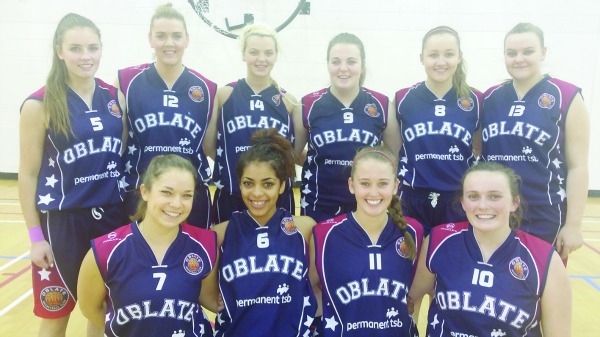 OBLATE Dynamos came through a tricky Senior Women’s National Cup tie on Saturday against IT Carlow, winning this exciting fixture 38-47.

This game marked the second time the sides had squared up in less than a week with Dynamos having earned victory in the league the previous Sunday.

This was always going to be a low scoring affair as both sides cancelled each other out with aggressive defence and the first quarter ended with Dynamos holding a slender one point lead 9-8.

The second provided a bit more attacking play with new signing Katie Black pulling down most of her 16 rebounds and running the fast break for Dynamos.

But this was to be Carlow’s best quarter and they went in at the break with a one-point lead 24-23.

After some words of encouragement from the coaching staff during the halftime break Dynamos looked like a different team in the third quarter.

Within minutes they were up by 10 with scores from Heather Meagher and Samantha Massey while at the other end they stepped up their defence to keep Carlow scoreless from play allowing them only five free throws in the entire quarter.

The Drimnagh side maintained this lead to the buzzer and now face an away trip to Killester in the quarter finals where they hope to have their injured captain Gina McKenna back in the line-up.

Elsewhere there was no joy for Dublin Lions in the President’s National Cup as they lost out 84-67 to UCD Marian in the opening round while in the Men’s National Intermed-iate Cup Round Two, Eanna edged out Team Brogue Tralee 58-63.