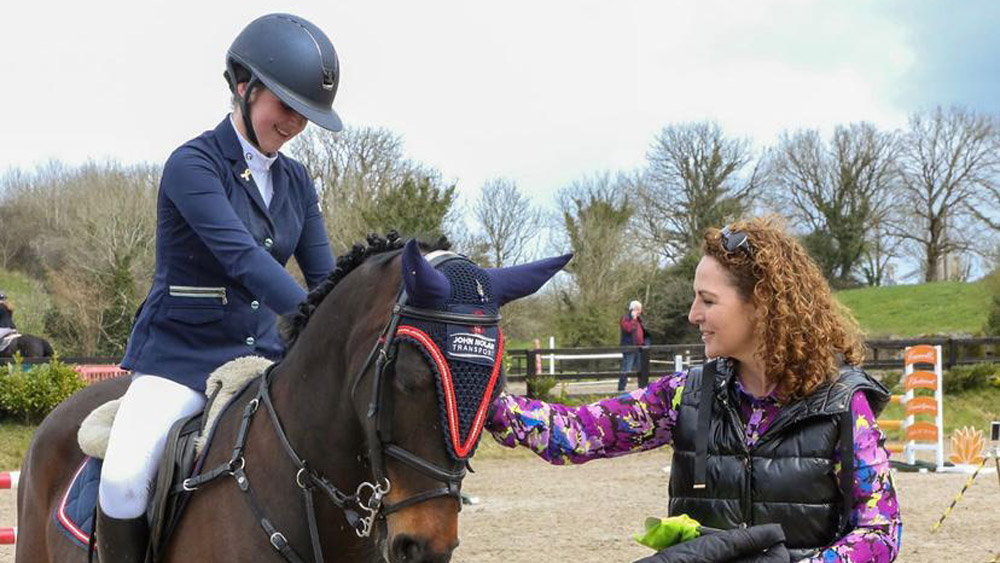 Ella Stynes, on her horse Mo Chara, will represent Ireland in France at the pony International Show

Ella aiming to jump for joy at International Show

A 15-year-old girl from Saggart is representing Ireland in pony show jumping at the International Show in Fontainebleau, France.

Ella Stynes, a third-year student in Firhouse Community College, travelled to France this week with her dad Andrew to compete in the International Show with her six-year-old pony, Mo Chara.

Ella began riding at the young age of five in Fettercairn Youth Horse Project and Rathfarnham Equestrian before getting her rescue pony, Poppet, when she was ten years old.

“A friend of ours Orla O’Reilly from Kilnamanagh fosters horses from the Irish Horse Welfare Trust and we took on Poppet, trained her and got her jumping and winning lots of classes,” Andrew told The Echo.

Andrew, along with his friends Stephen Nolan and Leeann Bryan, bought Ella’s horse Mo Chara two years ago when he was a four-year-old pony.

“He has come on brilliant, he finished as top six-year-old pony in the Spring Tour which qualified us for the International Show in France,” said Andrew.

“We jump Thursday, Friday and Saturday representing Ireland. There are about ten or twelve countries competing in the show. We have a younger pony so we will be competing against other six-year-old ponies.

“It is a great achievement for us, and we are lucky enough to have met some really nice people to help us along the way who support Ella.”