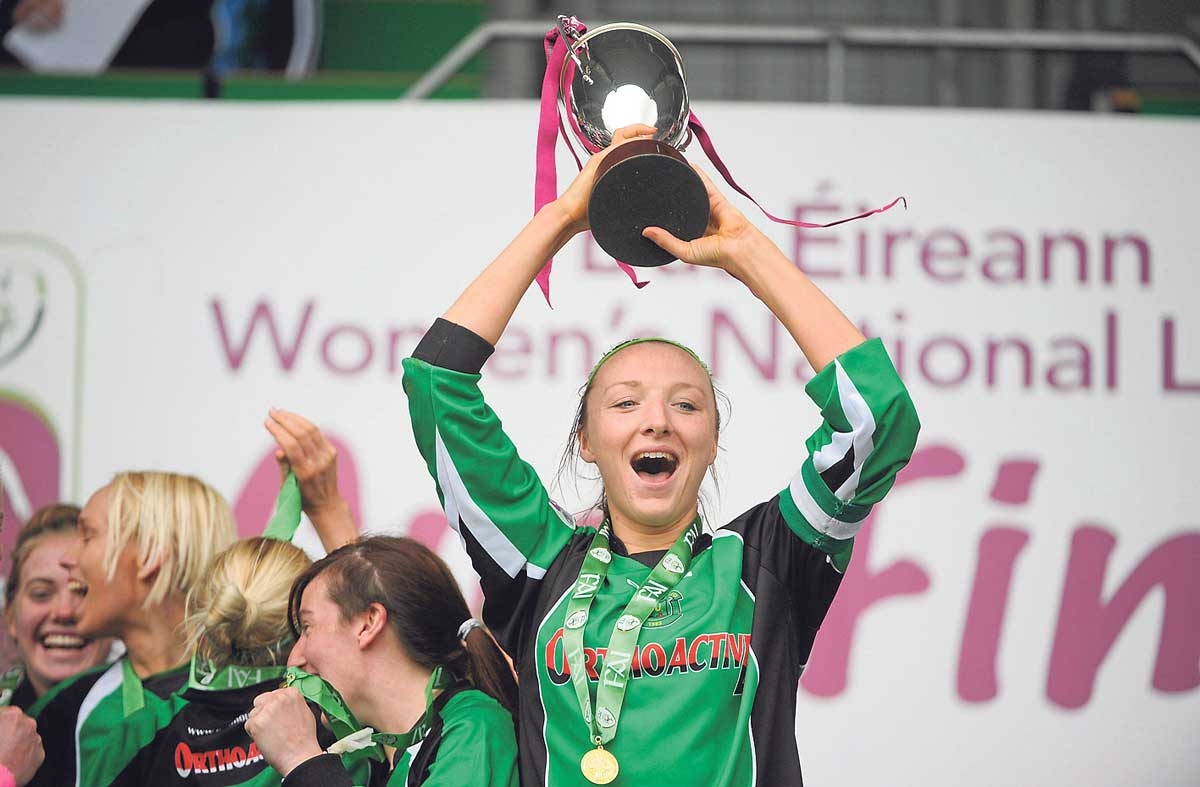 ARSENAL defender Louise Quinn is relishing the prospect of walking out on to the Wembley pitch with her Arsenal team mates for this Saturday’s much-anticipated Women’s FA Cup Final against Chelsea.

In what is a repeat of the 2016 decider, the game sees the most successful team in the competition, Arsenal, pitched against the Women’s Super League leaders and Quinn is confident the Gunners can take the final step on the road to a 15th title.

“We’ve every chance of winning this,” she told Echo.ie “If everyone can be on their game and give 100 percent, we’re capable of doing it.

“We’ve got a good squad and the backline is something we’ve been proud of, keeping clean sheets in the last few games.

“The loss to Birmingham [in the league last Sunday] was disappointing. The performance was not there, but it came at the end of a tough month. This team has been playing well. Fourteen games unbeaten and we have to remember that.

“Chelsea do have some very good attacking players with good experience from the Champions League, but we’ve just got to concentrate on our own game and on our own performance,” she insisted.

The former Peamount United captain has been playing alongside Ireland international team mate Katie McCabe, and the Kilnamanagh woman could also figure strongly in this Saturday’s decider.

“It’s brilliant to play with Katie both for club and country,” said Quinn. “It’s like having a security blanket here, another Irish team mate to talk to do.

“It’s great when the two of us are on the pitch, just to have each other and help each other out.”

Blessington woman Quinn was instrumental in dragging her side into a 16th decider after she headed home a dramatic injury time winner in their 2-1 victory over Everton in the semi finals last month, a moment she insists is one of the highlights of her playing career so far.

“It’s definitely up there. It was just the joy of scoring, the joy of no extra time,” she recalled

“Hopefully I can do something similar in the Cup Final, but maybe not leave it so late,” she laughed.

It has been a remarkable turnaround in fortune over the past year for Quinn, who, after successful spells with Peamount and Swedish outfit Eskilstuna, she joined Notts County only to see that side fold soon after as a consequence of financial difficulties.

It was a difficult period for the Ireland international, but Arsenal were quick to snap up her services.

“It’s just one of those things, where things seem to happen for a reason,” recalled Quinn

“It’s been brilliant for me to end up with Arsenal and in an FA Cup Final, it’s just a bit surreal.

“I remember watching this [the Cup Finals] on TV and sometimes not watching them because you’d be so jealous. But it’s brilliant to be in the final now,” she said.