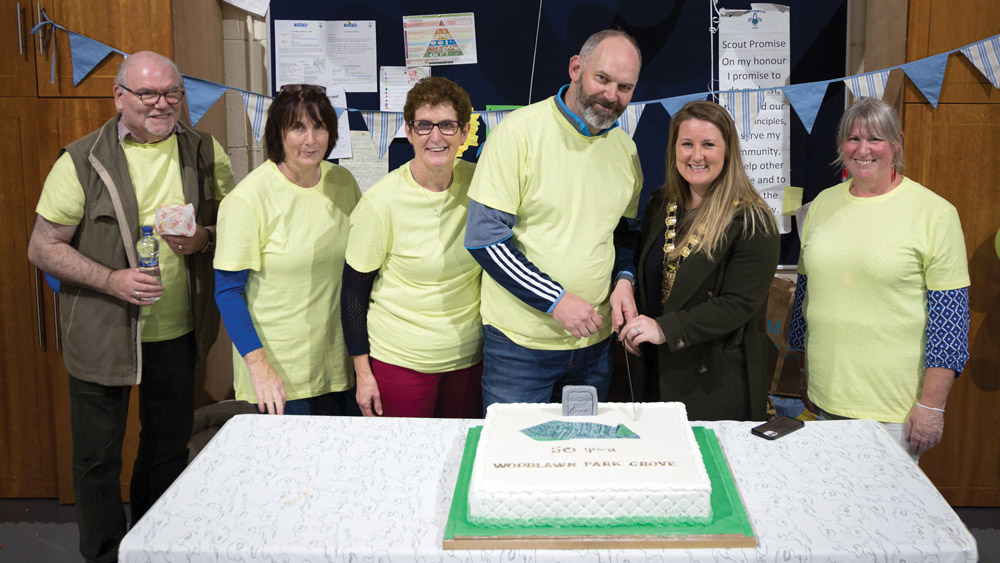 WOODLAWN Park Grove in Firhouse was a hive of activity last month, with residents coming together to celebrate 50 years since the estate was built.

Held on Sunday, September 11, the estate’s Family Fun Day was organised to coincide with the 50th birthday of the estate, with many residents soaking up the exciting atmosphere on the day.

Those who attended gathered in the 146th Firhouse Scouts’ hall for the event and were treated to performances by a magician and a three-piece band called Swing Easy.

The residents didn’t hesitate to take part in a number of novelty races, including a water run, while those in attendance were well fed courtesy of John and Laura Teegan’s popular hotdog stand.

John Hayden, the chairperson of the Woodlawn Park Grove Residents’ Association which organised the Family Fun Day, enthused about the success of the event.

“There was plenty of fun and games, with relay races contested by children of the estate, and some adults too,” he said.

“Winners were presented with certificates and the all-important slice of birthday cake was trophy enough!

“With John and Laura Teegan manning the hotdog stand, bellies were filled, and energy rejuvenated for the band performance.

“Swing Easy played a great variety of music, catering for the array of ages, with dancing filling the scout hall late into the evening.”

A key high-light of the day was the cutting of the birthday cake to mark the milestone anniversary of the estate, which Mayor Emma Murphy did alongside Mr Hayden.

“The event was attended by Lord Mayor Emma Murphy and Councillor Alan Edge, whom the committee thank for their support throughout the year,” added Mr Hayden.