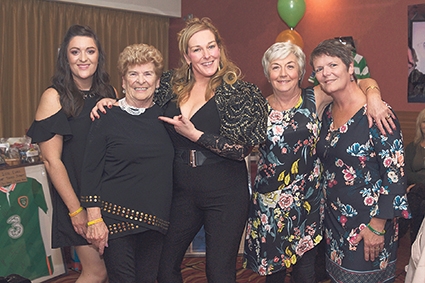 The family of a Tallaght man who died while on holidays in Spain last July are on a fundraising mission to raise €10,000 for the Kevin Bell Repatriation Trust, which supported them in bringing their loved one home.

Conor Grogan (38) was holidaying with his wife Pauline and his daughters in the Costa del Sol when he lost his life after falling in the apartment.

His older brother and godfather Eugene, told The Echo: “Conor hadn’t had a holiday in four years as he was trying to get a business going.

“We were all delighted he was getting away and he went to stay in my apartment in the Costa del Sol, but sadly he had a terrible fall in the apartment.”

Describing Conor, who came from a family-of-nine, as a “happy, go-lucky joker” and a "devoted husband and father", Eugene added: “The Irish Embassy in Spain and the Kevin Bell Repatriation Trust gave us invaluable help.

“Myself and a couple of brothers went to Spain and the Kevin Bell Repatriation Trust took over everything, they made all of the arrangements and paid for Conor to get home.

“They are an unbelievable charity and Conor was the 213th body they have brought home to Ireland since being established in 2013.

“They’ve helped so many families and all they ask for in return is people to help raise awareness of what they do.

“We feel indebted to them, they helped us navigate some very difficult waters and we wanted to give something back.”

The charity was established in 2013 by the family of Kevin Bell, who lost his life when he was hit by a car in New York – with the trust now alleviating the financial hardship of bereaved families repatriating the body of a loved one who has died abroad in sudden or tragic circumstances back to Ireland.

Conor’s family are now on a fundraising mission to raise €10,000 for the charity, and last Friday held a benefit night in memory of Conor – with funds going to the Homelawn man’s family and the charity.

The benefit night, which was held in a function room donated by the Maldron Hotel in Tallaght, saw €1,000 raised through the sale of special armbands made by the family that raised awareness of the Kevin Bell Repartriation Trust – with 10 per cent raised through tickets, the raffle and auction also going to the charity and the rest to the family for funeral expenses.

“We have a target of €10,000 for the Kevin Bell Repartriation Fund and over the coming months we’ll be doing more fundraisers like climbing Croagh Patrick.

“We are so grateful to people for their support and for donating money and prizes on the night, including local businesses and sports clubs.”

He added: “We miss Conor so much, his death was so sad and tragic.

“He was such a happy lad and at the fundraiser we put up lots of photographs of him, and there wasn’t one he wasn’t smiling in.

“You can try and prepare yourself for death and the circle of life, but the trauma of a tragedy like this is unimaginable until you are hit by it.

“That’s why we are so grateful to the Kevin Bell Repartriation Trust and everybody who has helped us to raise money for them.”

Eugene also wanted to highlight the importance of people taking out travel insurance when going on holidays.

“The family didn’t have holiday insurance, which would have provided them with some cover after Conor’s death.”

For further details on the Kevin Bell Repatriation Fund www.kevinbellrepatriationtrust.com

The family’s GoFundMe page can be HERE: