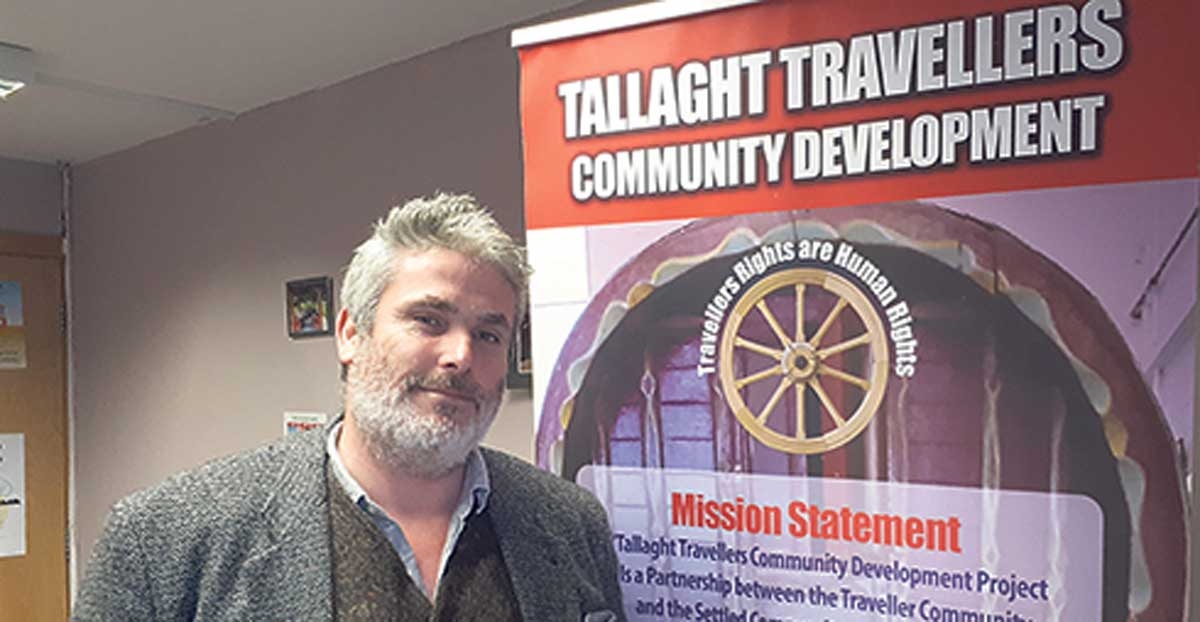 The number of Traveller families living on roadsides and on unauthorised lands across local communities is on the increase and, according to local project workers, is about to get worse due to the housing crisis.

In recent weeks, The Echo has noted an increase in the number of Travellers moving onto sites in the local area – including the Kiltipper Road, Greenhills Road and Ballycullen.

When contacted by The Echo, Patrick Nevin, co-ordinator of the Tallaght Travellers Community Development Project, confirmed that there is an increase in the number of Travellers living on roadsides and, due to the housing crisis, the situation will get worse.

Mr Nevin said: “We have definitely noticed an increase.

“There is a multitude of reasons for this, but primarily it is a reflection of what’s happening in relation to the housing crisis and the lack of council housing.”

Due to a lack of council houses and insufficient halting sites, young Travellers were, according to Mr Nevin, forced into the private rented market in recent years.

“Young Travellers were forced into private rented accommodation however, they are now the first out as landlords become profit-driven and are increasing their rents,” Mr Nevin said.

“Travellers also can’t avail of housing under the HAP scheme, they go to look at a house and there is prejudice there.”

He added: “There is going to be more Travellers on the side of the road in the South Dublin County Council area and at a national level if something doesn’t happen.

“The State is not providing funding and local authorities are not applying for funding.”

“In light of Traveller families moving out onto the road, an emergency, culturally appropriate temporary site should be made available for them.

“The council does provide homeless hubs and emergency accommodation for the general population, and some Travellers will avail of these services.

“However, for Travellers living in caravans, what do they do with their caravans if they move into a homeless hub?

“There has to be another solution other than evicting Travellers off lands and/or confiscating their caravan.”

Last March, former Taoiseach Enda Kenny formally recognised the ethnic status of Irish Travellers, which he described as an “historic day for our Travellers and a proud day for Ireland”.

While believing that this was a really important moment not just for the Traveller community but Ireland as a whole, Mr Nevin told The Echo that there now needs to be reparations made.

“There needs to be reparations now, the Government needs to undo a wrong,” Mr Nevin said.

“This is not necessarily financial, but the Government needs to repair the damage done to Travellers by trying to assimilate them into the settled population.

“There was a policy of ‘absorption’ of Travellers in this State from 1963 onwards, which viewed Travellers as failed settled people who had to be ‘reabsorbed’ into society.”

Mr Nevin believes that there is now a need for the State to provide “affirmative action projects”, which would also provide supports to projects such as the Tallaght Travellers Community Development Project – and look at working through issues impacting on members of the Travelling community such as alcohol, addiction, mental health and education.

“We’re burnt out and it’s quite disheartening when families depend on us and all we can give them is hope.”

When contacted by The Echo, a spokeswoman for South Dublin County Council said: “Some of the unauthorised encampments are due to movement of Travellers from other counties due to a variety of reasons.

“The council is working directly with Travellers and development groups to advance some proposals in this regard.

“Work has started on the groups housing scheme at St Aidan’s Brookfield and preliminary discussions have started on Oldcastle Park Clondalkin.”