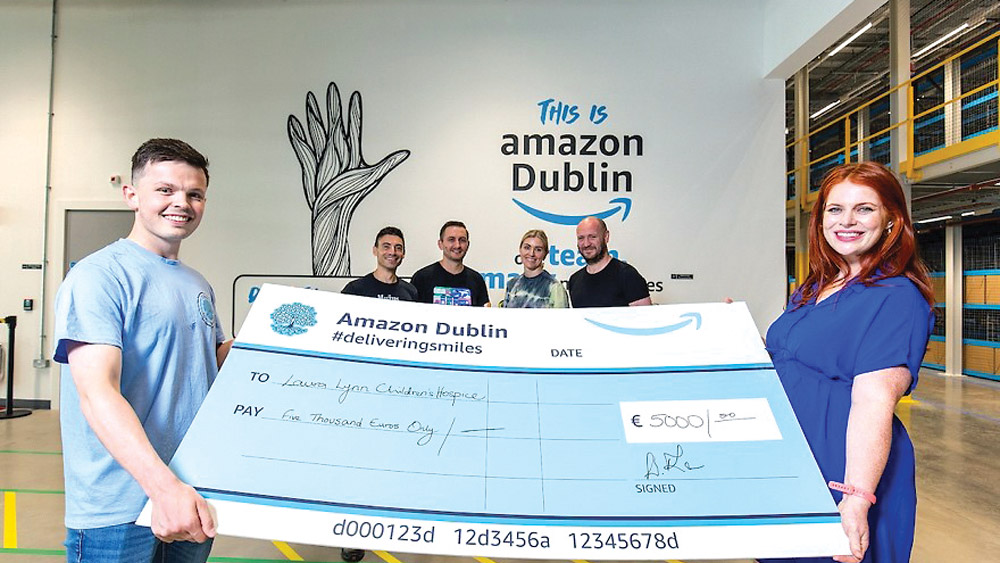 THE team at Amazon’s new fulfilment centre in Baldonnell has marked the site’s opening by donating €20,000 to four Irish family support charities.

Darragh Kelly, General Manager at the Amazon fulfilment centre in Baldonnell Business Park, said: “Supporting our community here in Dublin and across Ireland is something we’re incredibly passionate about and it’s great to make these donations to such fantastic charities. All four organisations offer vital services for families in Ireland, and we’re pleased to lend them a helping hand with these donations.

According to Amazon it will help provide faster delivery for customers across the country seven days a week, including one-day delivery on hundreds of thousands of items.

The centre will hold millions of items to be picked, packed and shipped to customers across the Ireland.

It joins the two Amazon delivery stations, based in Rathcoole and Ballycoolin, to open in the Republic of Ireland.

Amazon also has delivery stations in Northern Ireland, located in Belfast and Portadown.

After opening the first Amazon office in Ireland in September 2004, Amazon today supports 8,700 jobs directly and indirectly in Ireland and generates growth in economic output of €1.45 billion a year.

Anyone can find out more about what it’s like to work at an Amazon fulfilment centre by signing up for a virtual tour at amazonfctours.