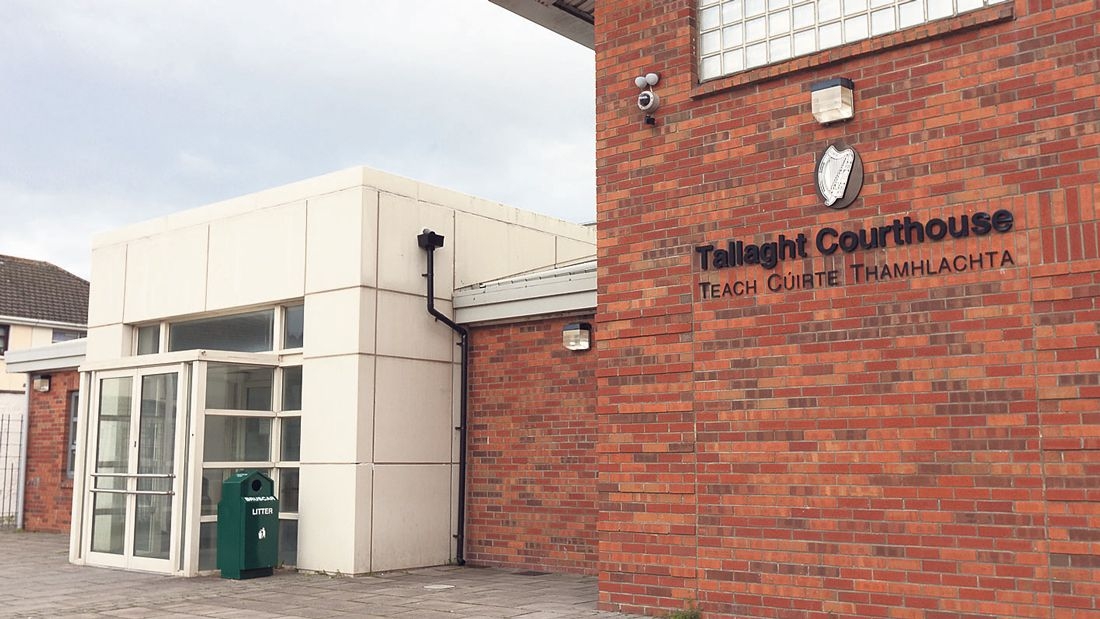 A FATHER-of-three accused of transporting five stolen guns in the boot of a car told gardai he “did this to protect his son” who was threatened in prison, a court heard.

Eugene Farrell, a 40-year-old security man was refused bail after he appeared in Tallaght District Court charged following the seizure of four shotguns and a revolver on St Patrick’s Day.

Mr Farrell, with an address at Moorefield Avenue, Clondalkin, is charged with three counts of possession of stolen property, all at the Ardmore Estate in Tallaght.

Judge Patricia McNamara remanded him in custody, for the directions of the DPP, after hearing more serious charges were likely.

Objecting to bail, Garda Michael Brislane said Mr Farrell was accused of possession of three shotguns that had been stolen in house burglaries.

These were a Harrington taken in Maynooth, Co Kildare on October 4, 2018, a Beretta in Swords on September 19, 2018 and a pump-action Mossberg shotgun taken in a burglary at Dunboyne, Co Meath on September 6, 2019.

Garda Brislane said he was on patrol at 9.45pm on March 17 when he saw a grey Peugeot 407 acting suspiciously in the Ardmore area.

Gardai pursued it and saw two men running from the car. Gda Brislane said he ran to the door to prevent the driver – Mr Farrell – from leaving.

A navy gearbag was found in the boot and this contained four shotguns and a revolver. The handgun was fully loaded with six rounds of ammunition and there were four shotgun rounds in the bag, Gda Brislane continued.

The garda said the maximum sentence on conviction was five years, the accused was caught red-handed and he feared Mr Farrell would abscond if granted bail.

A file was being prepared for the DPP, Gda Brislane said

Applying for bail, defence solicitor Matthew Kenny said after he was arrested, Mr Farrell did not name names, but co-operated “as much as he could” and made admissions.

He went into detail about his family history and his reason for doing what he did, Mr Kenny said.

The accused worked part time as a security man and was very proud of his children, one of whom was in the army, while a daughter played for a Dublin football club.

The middle child, a son was in prison and there was a threat that he would be assaulted over a drug debt, Mr Kenny said.

The accused had made an “error” out of “misplaced loyalty to his son.”

“He admitted candidly he did this to protect his son who is in prison,” Mr Kenny said, adding that the accused was prepared to take “what was coming to him” – a prison sentence.

However, he had thought it was “drugs, not guns” he was transporting.

The accused was a “family man” and a local man who was not going to “stray too far” if he was granted bail, Mr Kenny said. He was prepared to abide by bail conditions.

Judge McNamara refused to grant bail and remanded the accused in custody, to appear in Cloverhill District Court on March 26.