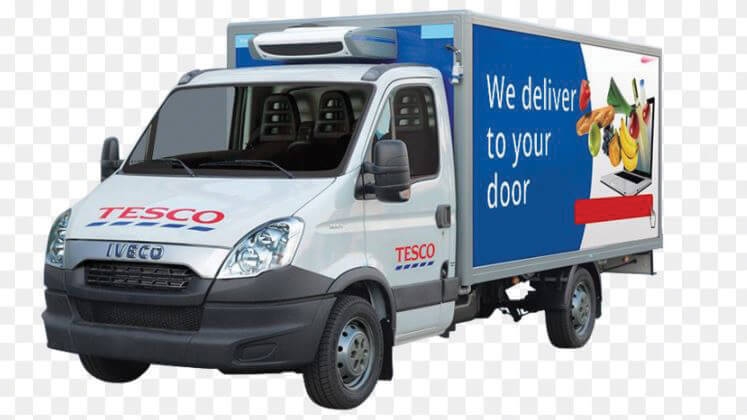 TESCO has pulled its food delivery services from a number of areas in West Tallaght after drivers were subjected to robberies and assaults in recent weeks, culminating in one of their delivery drivers being shot below the eye with a ball bearing on Killinarden Hill two weeks ago.

As previously reported in The Echo, several Tesco delivery drivers have had items robbed from the back of their vans, and in some instances their personal belongings were also stolen.

Last February, one delivery driver was allegedly held against his will in Cloonmore when two assailants took the keys from the ignition of his van and demanded his wallet.

Last week, The Echo reported on a Tesco delivery driver who was driving along Killinarden Hill when a ball bearing came through the closed driver-side window of his van and hit him just below the eye.

The story garnered national attention, and Tesco delivery services have since been suspended in several areas of West Tallaght as a result of the ongoing issues in the area.

Sinn Féin TD for Dublin South-West, Seán Crowe, said: “I am conscious that this is very much a bad news story for Tallaght, but the barbaric attack on this Tesco delivery driver needs to be highlighted and condemned.

“The driver was lucky not to lose an eye following this unprovoked attack.

“The decision by Tesco to stop deliveries to local residents in the Killinarden area has come as a surprise to many residents.

“I am extremely disappointed that the store management did not contact local residents and public representatives who live and work in the Tallaght area before taking this unilateral action.

“The residents impacted by this decision deserve better as do the van drivers who have been attacked.

“Many elderly and locals that don’t have access to transport will be impacted negatively by this decision.”

Deputy Crowe added that issues with fast food delivery drivers being attacked and robbed in different areas in the past when additional gardaí, and information on those committing the offences, were supplied leading to arrests and convictions and a reduction in these issues.

He added: “A proven template does exist for tackling many of these incidents.

Local residents working together with youth groups, the local authorities, public representatives, and the Garda authorities can reduce and resolve many of these incidents.”

A spokesperson for Tesco Ireland said: “Due to a number of incidents of anti-social behaviour we are curtailing deliveries in a very small number of areas in West Tallaght in order to protect the safety of our colleagues and customers.

“We have collection options open to customers at Clondalkin and Naas while we keep this situation under review.

“While we appreciate the inconvenience caused, the safety of our colleagues and customers is of paramount importance.”

The Echo asked Tesco Ireland for details of specific areas of West Tallaght that are affected by this, but a response was not received in time for print.