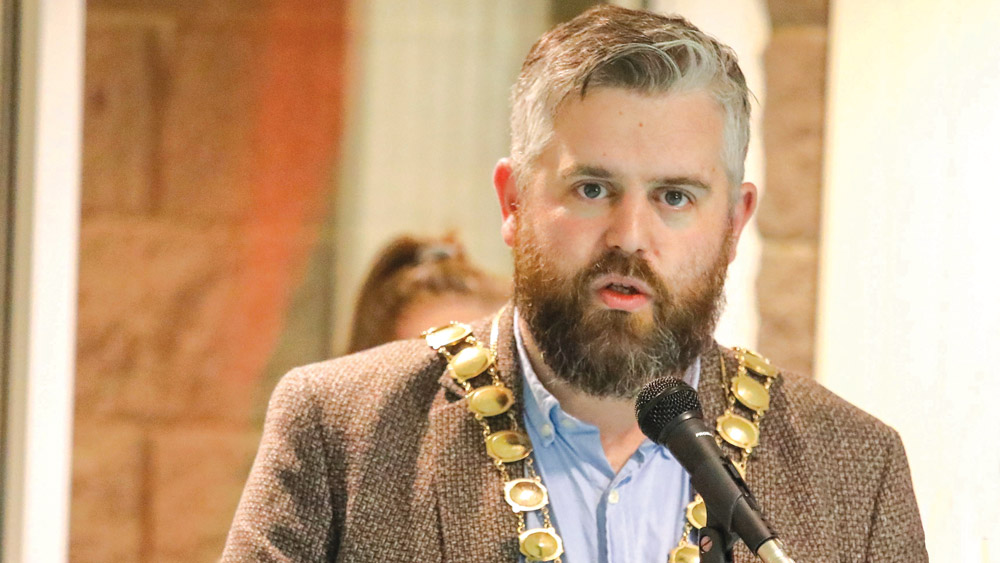 Former Mayor Kavanagh to step down as councillor

FORMER Mayor of South Dublin County, Cllr Peter Kavanagh, has revealed his intention to resign from his position at the start of November.

Peter Kavanagh was elected on the eighth and final count at the local elections in May 2019 to represent Clondalkin in South Dublin County Council.

Cllr Kavanagh resigned from the Green Party to become an independent in January 2021, and that summer, was elected mayor of the county – a position he held until June of this year.

Duing the monthly meeting of the council on Monday, Cllr Kavanagh announced on Twitter that it would be his last as a councillor.

“Worth noting that the Citizens’ Assembly members overwhelmingly supported councillors being made full-time, remunerated accordingly and provided with secretarial support,” Cllr Kavanagh said on Twitter.

“It’s a full-time job for most of us, who have to balance it with a day-job.

“When I had the honour of serving as Mayor of @sdublincoco, it was the first time since I got involved in politics that I only had one job to focus on.

“My quality of life improved immensely, even as I worked seven days a week for the year.

“I had been thinking about my political future since leaving party politics, and strongly considering stepping down at the end of my term, rather than campaign for re-election as an independent.

“However a career opportunity has made the decision for me.

“So, today’s monthly meeting of @sdublincoco will be my last as a county councillor.

“I will be resigning four weeks from today. It’s not an easy decision, as I’ve loved every minute of being a politician, but it’s the right one for me and my family.”